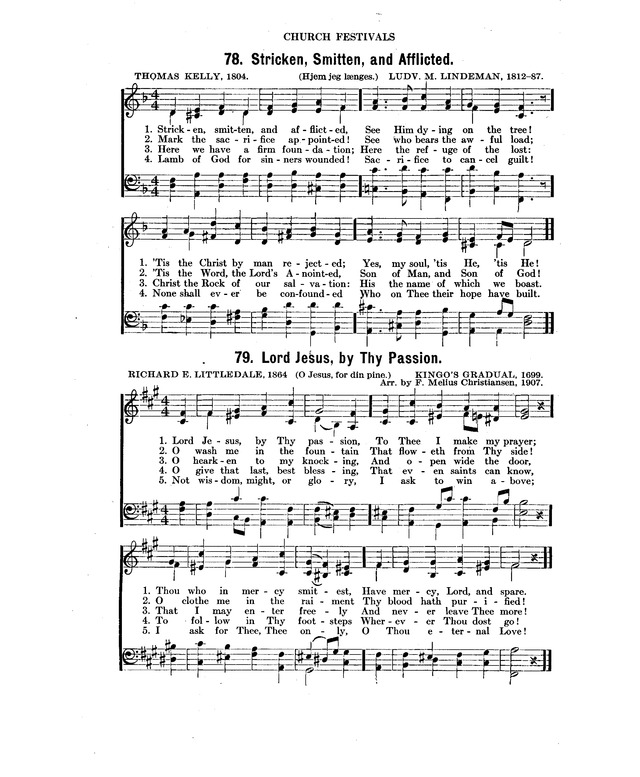 1 Stricken, smitten, and afflicted,
See Him dying on the tree!
'Tis the Christ by man rejected;
Yes, my soul, 'tis He, 'tis He!


2 Mark the sacrifice appointed!
See who bears the awful load;
'Tis the Word, the Lord's Anointed,
Son of Man, and Son of God!


3 Here we have a firm foundation;
Here the refuge of the lost:
Christ the Rock of our salvation:
His the name of which we boast.


4 Lamb of God for sinners wounded!
Sacrifice to cancel guilt!
None shall ever be confounded
Who on Thee their hope have built.

More media are available on the text authority page.
Suggestions or corrections? Contact us