At the end of the day, the child of God who trusts in his fatherly care (see Heidelberg Catechism, Lord’s Day 9, Question and Answer 26 and Belgic Confession, Article 13) can ask for forgiveness, be at rest, and expect new strength.

Because of this, the child of God who trust in God’s fatherly care can give praise to all three members of the Trinity (Belgic Confession, Article 8).

How priceless is your unfailing love, O God!
People take refuge in the shadow of your wings.
They feast on the abundance of your house;
you give them drink from your river of delights.
For with you is the fountain of life;
in your light we see light.
— Lift Up Your Hearts (http://www.liftupyourheartshymnal.org)
395

The author, Delores Dufner, writes: While attending summer school at Notre Dame, I learned the themes which have traditionally characterized Morning Prayer and Evening Prayer. So I began writing hymn texts to be shared with other Benedictine communities, as well as with my own community. I first shared this hymn in 1988 at the biennial meeting of the Benedictine Musicians of the Americas, where it was well received.

Eric Routley taught that metrical tunes are good for those who worship together weekly, but chant tunes may be better for those who worship together several times daily, since chant tunes do not require as much energy as do metrical tunes. So I presented the hymn text to my fellow Benedictines with a familiar chant tune, which I had in mind as I wrote the text. But I wanted my hymn to be accessible to people unfamiliar with chant, and Long Meter makes that possible.
— Delores Dufner
William Gardiner first published GERMANY as a setting for the text "As a Shepherd Gently Leads Us" in his Sacred Melodies (vol. 2, 1815), in which he attributed it to Ludwig van Beethoven. The last phrase of this tune resembles a part of the first theme of the Allegretto movement of Beethoven's Piano Trio, Op. 7, No.2. The first phrase is from the opening of the aria “Possenti Numi” in Mozart's The Magic Flute. The tune is also known by the names BEETHOVEN, FULDA, WALTON, or GARDINER. Sing GERMANY briskly to get the sense of two long lines rather than four shorter, choppy ones. Antiphony is helpful for singing the entire psalm.
— Bert Polman

Delores Dufner (b. 1939) is a member of St. Benedict’s Monastery in St. Joseph, Minnesota, with Master's Degrees in Liturgical Music and Liturgical Studies. She is currently a member and a Fellow of The Hymn Society in the United States and Canada, the National Pastoral Musicians (NPM), the American Society of Composers, Authors, and Publishers (ASCAP), and the Monastic Worship Forum.
Delores is a writer of liturgical, scripturally based hymn and song texts which have a broad ecumenical appeal and are contracted or licensed by 34 publishers in the United States, Canada, Great Britain, Australia, and China. She has received more than 50 commissions to write texts for special occasions or needs and has published over 200 hymns, many of which have several different musical settings and appear in several publications. She is the author of three hymn collections: Sing a New Church (1994, Oregon Catholic Press), The Glimmer of Glory in Song (2004, GIA Publications), and And Every Breath, a Song (2011, GIA Publications).
Delores, the middle child of five, was born and raised on a farm in the Red River Valley of North Dakota. She attended a one-room country school in which she learned to read music and play the tonette, later studying piano and organ.
Delores was a school music teacher, private piano and organ instructor, and parish organist/choir director for twelve years. She served as liturgy coordinator for her religious community of 775 members for six years and as Director of the Office of Worship for the Diocese of St. Cloud, Minnesota for fifteen years. She subsequently worked as a liturgical music consultant for the Diocese of Ballarat, Victoria in southeast Australia for fifteen months. At present she is preparing a fourth hymn collection and assisting with liturgy planning and music leadership at the monastery.
— Delores Dufner

The son of an English hosiery manufacturer, William Gardiner (b. Leicester, England, 1770; d. Leicester, 1853) took up his father's trade in addition to writing about music, composing, and editing. Having met Joseph Haydn and Ludwig van Beethoven on his business travels, Gardiner then proceeded to help popularize their compositions, especially Beethoven's, in England. He recorded his memories of various musicians in Music and Friends (3 volumes, 1838-1853). In the first two volumes of Sacred Melodies (1812, 1815), Gardiner turned melodies from composers such as Haydn, Mozart, and Beethoven into hymn tunes in an attempt to rejuvenate the singing of psalms. His work became an important model for American editors like Lowell Mason (see Mason's Boston Handel and Haydn Collection, 1822), and later hymnbook editors often turned to Gardiner as a source of tunes derived from classical music.
— Bert Polman
Paul Detterman is currently the Executive Director of Presbyterians for Renewal and the Fellowship of Presbyterians. He has his bachelor’s degree in Sacred Music from Illinois Wesleyan University, a Master of Church Music from Concordia University and a Master of Divinity and Doctor of Ministry from Boston University School of Theology. Detterman is a composer of choral, solo, handbells, and organ music. He has served the Church as a Director of Music and a Pastor, and is a frequent preacher, worship leader, and conference/retreat speaker. He has published numerous works on worship, and was a contributing consultant for Lift Up Your Hearts.
— Bert Polman 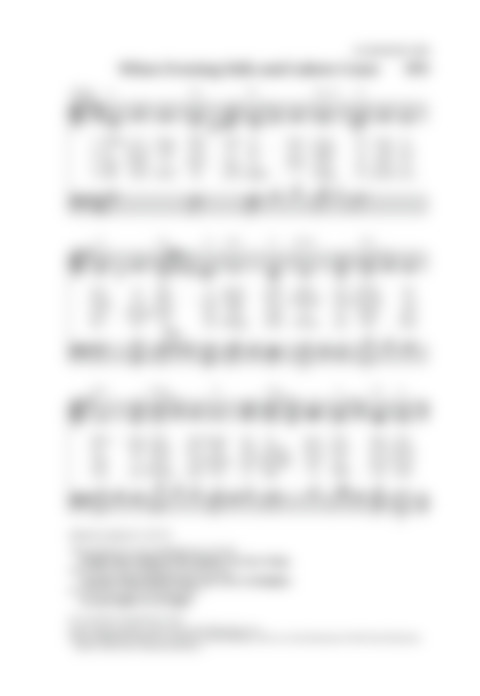