To leave the security of worship and enter the world for service requires firm confidence in the faithful promises of God to be with us, to care for us and bless us. Our deepest assurance comes from the comfort we have that “I am not my own, but belong—body and soul, in life and in death—to my faithful Savior Jesus Christ” (Heidelberg Catechism, Lord’s Day 1, Question and Answer 1). Because I belong to him, “he will provide whatever I need for body and soul, and will turn to my good whatever adversity he sends upon me in this sad world. God is able to do this because he is almighty God and desires to do this because he is a faithful Father” (Heidelberg Catechism, Lord’s Day 9, Question and Answer 26). We have the assurance that “our Lord speaks to us now through the inspired Scriptures. Christ is with us day by day” (Our Song of Hope, Stanza 1). How rich it is to carry such assurance of his blessing with us as we leave the service of worship!

A Prayer of Acclamation and Petition
Ever present God, you are faithful to your promises.
Be with us till we meet again in Jesus’ name. Amen.
— Cornelius Plantinga, Jr.
942

Name
GOD BE WITH YOU DORSEY
Key
A♭ Major

Born into a Baptist preacher's family, Thomas Andrew Dorsey (b. Villa Rica, GA, 1899; d. Chicago, IL, 1993) moved to Atlanta when he was five. There he studied music and came under the influence of local blues pianists. He moved to Chicago in 1915, where he studied at the Chicago College of Composition and Arranging and played in nightclubs as "Georgia Tom" or "Barrelhouse Tom," accompanying blues singers such as Tampa Red, Ma Rainey, and Bessie Smith. Because of his skill as composer, arranger, and pianist, he was in great demand. He also formed his own band, Wildcat's Jazz Band. After suffering from a severe illness in 1926, Dorsey became more involved with the Pilgrim Baptist Church and in 1932 began a forty-year tenure as the church's choral director. He wrote at least two hundred gospel songs (his total works number more than a thousand), organized and was president of the National Convention of Gospel Choirs and Choruses, and frequently directed other esembles, including the Gospel Choral Union. His gospel songs were popularized by singers such as Mahalia Jackson, Roberta Martin, and Clara Ward.
— Bert Polman 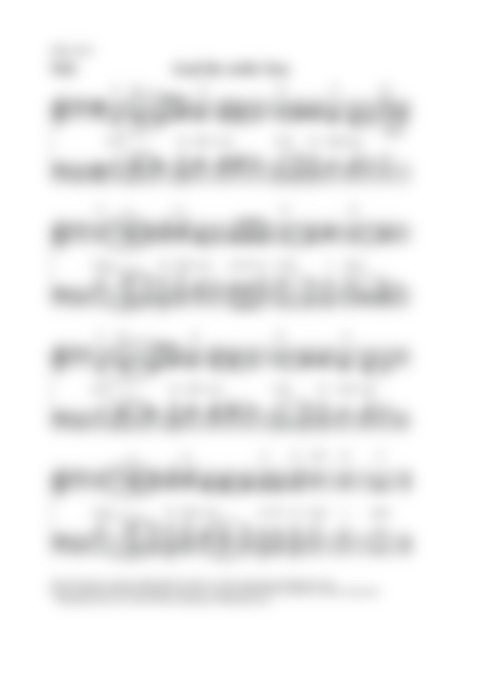