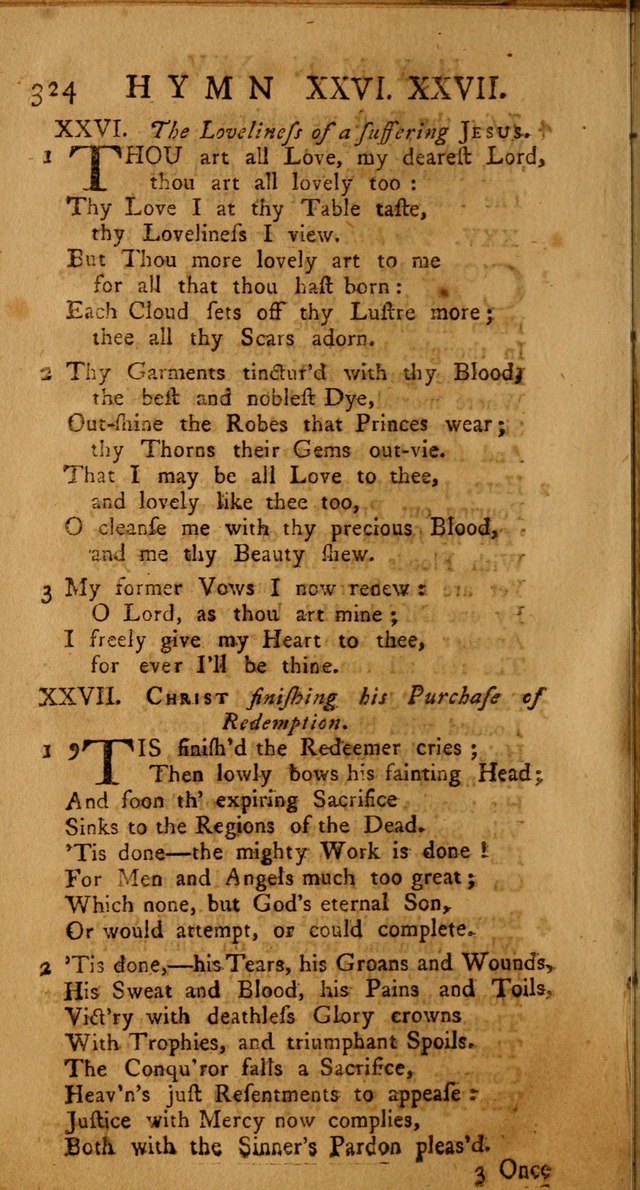 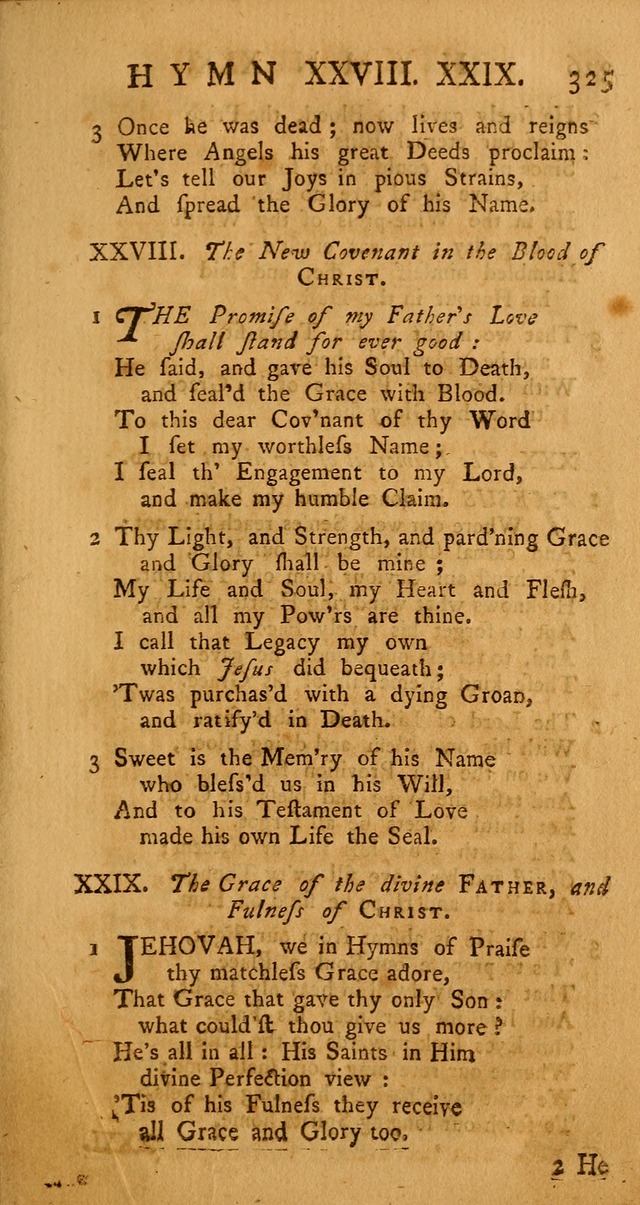 1 'Tis finish'd, the Redeemer cries,
Then lowly bows his fainting Head,
And soon th' expiring Sacrifice
Sinks to the Regions of the Dead.
'Tis done - the mighty Work is done!
For Men and Angels much too great;
Which none, but God's eternal Son,
Or would attempt, or could complete.


2 'Tis done, - his Tears, his Groans, and Wounds,
His Sweat and Blood, his Pains and Toils,
Vict'ry with deathless Glory crowns
With Trophies, and triumphant Spoils.
The Conqu'ror falls a Sacrifice,
Heav'n's just Resentments to appease;
Justice with mercy now complies,
Both with the Sinner's Pardon pleas'd.


3 Once he was dead; now lives and reigns
Where Angels his great Deeds proclaim:
Let's tell our Joys in pious Strains,
And spread the Glory of his Name.