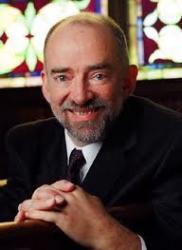 Daniel Charles Damon (b. 1955) is an internationally published writer of hymn texts and tunes and is Associate Editor of Hymnody for Hope Publishing Company, Carol Stream, Illinois. Damon is also a jazz pianist and has played in many hotels and clubs in the San Francisco Bay area. He holds degrees from Greenville College, Greenville, Illinois (BME, 1977) and Pacific School of Religion, Berkeley, California (MDiv, 1987). He is an ordained Elder in the United Methodist Church in the San Francisco Bay area and a life member of the Hymn Society in the United States and Canada.

Several single-author collections of Damon's hymns have been published: Faith Will Sing (Carol Stream, 1993), The Sound of Welcome (Carol Stream, 1998), To the Thirsty World (Nashville, 2002), Fields of Mercy (Carol Stream, 2007), and Garden of Joy (Carol Stream, 2011). He collaborated with text writer Gracia Grindal in A Treasury of Faith: Lectionary Hymns Series A (Colfax. 2012). Damon's hymns have been included in several major hymnals and supplements. He has also written hymn translations from Vietnamese, Portuguese, and Shona languages, and, with Patrick Matsikenyiri, edited Njalo, A Collection of 16 Hymns in the African Tradition (Nashville, 1996). He has released three recordings of hymns, carols, and traditional songs, and a solo piano recording of jazz standards (available at www.damonstuneshop.com).

Damon has presented his work at national conferences of the Hymn Society in the United States and Canada and the Fellowship of United Methodists in Music and Worship Arts. He is a contributor to the Canterbury Dictionary of Hymnology.

In 2016, Damon was made a Fellow of the hymn Society, the highest honor The Hymn Society can confer.