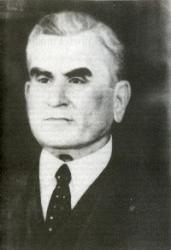 William Edwin Entzminger was born in South Carolina in 1859. He earned a B.S. from Furman University in South Carolina and then went to Southern Baptist Theological Seminary in Louisville, KY for a Doctor of Theology degree. He married Maggie Grace Griffith, and together they became Baptist missionaries in Brazil in 1891. He wrote and translated many hymns.

Entzminger studied at Furman University and the Southern Baptist Theological Seminary, Louisville, Kentucky. In 1891, he and his wife went to Salvador, Bahia, Brazil, where he worked as a missionary the rest of his life. He translated over 73 hymns into Portuguese, and wrote original Portuguese lyrics, as well.