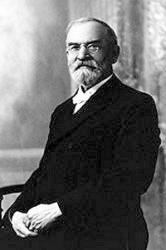 Warren, William Fairfield, D.D., was born at Williamsburg, Massachusetts, in 1833, and graduated at the Wesleyan University in 1853. After spending some time in Germany, he was appointed Professor of Systematic Theology in the Methodist Episcopal Mission Institute at Bremen, in 1861. Returning to America in 1866, he held some important appointments there, ultimately becoming President of Boston University, in 1873. His hymn, "I worship Thee, O Holy Ghost" (Whitsuntide), was contributed to the American Methodist Episcopal Hymnal, at the request of the editorial committee, in 1877, and was published therein in 1878. It has passed into other collections.

Warren, William, D.D. (Williamsburg, Massachusetts, March 13, 1833--December 6, 1929). He prepared for college at East Greenwich Academy, graduated A.B., Wesleyan University, took training at Andover Theological Seminary, and continued his studies at the Universities of Berlin and Halle. He was the recipient of honorary degrees from Boston, Wesleyan, and Ohio Wesleyan Universities. Ordained a Methodist Episcopal minister in 1855, after preaching in Boston for five years he returned to Germany where for a like term of years he was Professor of Systematic Theology at Mission Institute, Bremen, which later became Martin Institute at Frankfort. He returned to Boston to occupy a similar professorship at the Theological Seminary and to become Acting President when the Methodist Biblical Institute moved there from Concord, New Hampshire. His return gave impetus to the plan under way which eventuated the establishment of Boston University in 1869. Becoming President of the University in 1873, he was Dean of its School of Theology, 1903-1911, and made President Emeritus in 1923.