1919 - 2010 Scripture: Luke 2:6-20 Harmonizer of "GLORIA" in The United Methodist Hymnal LOVELACE, AUSTIN C., AAGO: (1919-2010) D.S.M., Union Theological Seminary, New York. Recitals, workshops, festivals, lectures in 17 different denominations in 45 states as well as in Finland, Scotland, Canada, and New Zealand. Past President, Fellow, and Life member, HSUSC. 50 year member, Hymn Society of Great Britain and Ireland. Author of five books; co-editor and consultant of denominational and other hymnals. Longtime member, ASCAP. Composer of over 800 compositions published by 20 publishers. Organist for the 2nd Assembly of the World Council of Churches, 1954. Dean of the first North Carolina Chapter, AGO. Chairman of the 1968 National Convention, AGO, in Denver. Two terms on the National Council, AGO. Co-founder, with Tom Matthews, of the North Shore Chapter, AGO. Minister of Music Emeritus. Denver Chapter, AGO. Austin C. Lovelace (from In Melody and Song, Darcey Press, 2014)
Austin C. Lovelace 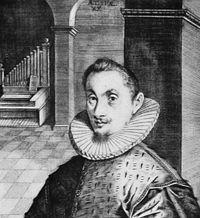 1564 - 1612 Scripture: Luke 2:10-16 Harmonizer of "VOM HIMMEL HOCH" in The Presbyterian Hymnal Hans Leo Hassler (b. Nuremberg, Germany, 1564; d. Frankfurt, Germany, 1612) came from a family of famous musicians. He received his early education from his father in Nuremberg, then studied in Venice with Andrea Gabrieli and became friends with Giovanni Gabrieli. In Venice he learned the polychoral style, for which the Gabrielis were justly famous, and brought this practice back with him to Germany. Hassler served as organist and composer for Octavian Fugger, the princely art patron of Augsburg (1585-1601), as director of town music and organist in the Frauenkirche in Nuremberg (1601-1608), and finally as court musician for the Elector of Saxony in Dresden (1608-1612). A Lutheran, Hassler composed for both the Roman Catholic liturgy and for Lutheran churches. Among his many works are two volumes of motets (1591, 1601), a famous collection of court songs, Lustgarten neuer Deutscher Gesang (1601), chorale motets, Psalmen und christliche Gesänge (1607), and a volume of simpler hymn settings, Kirchengesänge, Psalmen und geistliche Lieder (1608).
Hans Leo Hassler

1845 - 1925 Person Name: Harriet R. K. Spaeth, 1845-1925 Scripture: Luke 2:1-18 Translator (st. 3) of "Lo, How a Rose E'er Blooming" in Lutheran Service Book Harriet Reynolds Krauth Spaeth [Harriet Krauth], 1845-1925 Born: September 21, 1845, Baltimore, Maryland. Died: May 5, 1925, Philadelphia, Pennsylvania. Buried: Mount Vernon Cemetery, Philadelphia, Pennsylvania. Daughter of hymn translator Charles Krauth, Harriet attended the Girls’ School in Philadelphia, and lived independently as a writer. In 1880, she married Adolph Spaeth, pastor of St. Johannis Church in Philadelphia (and later president of the General Council of the Lutheran Church in America). She sang contralto, played the piano and organ, and for many years was the organist at St. Stephen’s Church in west Philadelphia. She provided hymn translations for The Church Book (1868), The Sunday School Hymnal (1901), and was responsible for the music edition of The Church Book (1872). Many of her essays were published in The Lutheran. When American Lutherans adopted the Common Service in 1888, she prepared an edition with notes for chanting the service. She worked zealously for the founding of the Krauth Memorial Library at the seminary in Philadelphia, and was active in the work of the Mary J. Drexel Home, the Lankenau Hospital, and the Lutheran Orphans’ Home in Germantown, Pennsylvania. Her works include: The Deaconess and Her Works Pictures from the Life of Hans Sachs The Church Book with Music, 1893 Charles Porterfield Krauth: A Life (2 volumes, 1898 & 1909, with Adolph Spaeth, uncredited) Life of Adolph Spaeth, 1916 © The Cyber Hymnal™ (www.hymntime.com/tch)
Harriet Reynolds Krauth Spaeth 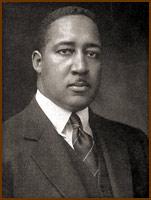 1901 - 1967 Person Name: John W. Work, 1901-1967 Scripture: Luke 2:8-20 Adapter of "Go, Tell It on the Mountain" in The Covenant Hymnal John Wesley Work III (1901-1967) Composer, educator, choral director, and ethnomusicologist John Wesley Work III was born on June 15, 1901, in Tullahoma, Tennessee, to a family of professional musicians. His grandfather, John Wesley Work, was a church choir director in Nashville, where he wrote and arranged music for his choirs. Some of his choristers were members of the original Fisk Jubilee Singers. His father, John Wesley Work Jr., was a singer, folksong collector and professor of music, Latin, and history at Fisk, and his mother, Agnes Haynes Work, was a singer who helped train the Fisk group. His uncle, Frederick Jerome Work, also collected and arranged folksongs, and his brother, Julian, became a professional musician and composer. Work began his musical training at the Fisk University Laboratory School, moving on to the Fisk High School and then the university, where he received a B.A. degree in 1923. After graduation, he attended the Institute of Musical Art in New York City (now the Julliard School of Music), where he studied with Gardner Lamson. He returned to Fisk and began teaching in 1927, spending summers in New York studying with Howard Talley and Samuel Gardner. In 1930 he received an M.A. degree from Columbia University with his thesis American Negro Songs and Spirituals. He was awarded two Julius Rosenwald Foundation Fellowships for the years 1931 to 1933 and, using these to take two years leave from Fisk, he obtained a B.Mus. degree from Yale University in 1933. Work spent the remainder of his career at Fisk, until his retirement in 1966. He served in a variety of positions, notably as a teacher, chairman of the Fisk University Department of Music, and director of the Fisk Jubilee Singers from 1947 until 1956. He published articles in professional journals and dictionaries over a span of more than thirty years. His best known articles were "Plantation Meistersingers" in The Musical Quarterly (Jan. 1940), and "Changing Patterns in Negro Folksongs" in the Journal of American Folklore (Oct. 1940). Work began composing while still in high school and continued throughout his career, completing over one hundred compositions in a variety of musical forms -- for full orchestra, piano, chamber ensemble, violin and organ -- but his largest output was in choral and solo-voice music. He was awarded first prize in the 1946 competition of the Federation of American Composers for his cantata The Singers, and in 1947 he received an award from the National Association of Negro Musicians. In 1963 he was awarded an honorary doctorate from Fisk University. Following Work's collection Negro Folk Songs, the bulk of which was recorded at Fort Valley, he and two colleagues from Fisk University, Charles S. Johnson, head of the department of sociology (later, in October 1946, chosen as the university's first black president), and Lewis Jones, professor of sociology, collaborated with the Archive of American Folk Song on the Library of Congress/Fisk University Mississippi Delta Collection (AFC 1941/002). This project was a two-year joint field study conducted by the Library of Congress and Fisk University during the summers of 1941 and 1942. The goal of the partnership was to carry out an intensive field study documenting the folk culture of a specific community of African Americans in the Mississippi Delta region. The rapidly urbanizing commercial area of Coahoma County, Mississippi, with its county seat in Clarksdale, became the geographical focus of the study. Some of the correspondence included in this collection between Work and Alan Lomax, then head of the Archive of American Folk Song, touches on both the Fort Valley and the emerging Fisk University recording projects. John Wesley Work died on May 17, 1967. --memory.loc.gov/ammem/ftvhtml/
John W. Work 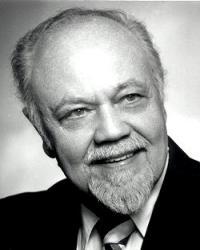 1584 - 1659 Person Name: Thomas Pestel (1585-1659) Scripture: Luke 2:8-16 Author of "Behold, the great creator makes" in Church Hymnary (4th ed.) Pestel, Thomas, one of the chaplains to King Charles I., was Rector of Packington, Leics., until he was sequestrated from it by the Westminster Assembly in 1646. His hymns appeared in his Sermons and Devotions old and new. Revived and published as an obligation of gratitude to all such of the nobility, gentry and clergy as retain the noble conscience of having ministered to the weak condition of the Author, now aged 13 .... by Thomas Pestel, the meanest among his late Majesties Chaplains in Ordinary , London, 1659 (B. M. copy is 4452. am.). He seems to have died soon after the publication of this work. The Sermons are of 1638 and other years. Of the poetical pieces two have come into use:— 1. Fairest of Morning Lights appear. [Christmas.] In 1659, as above, as "A Psalm for Christmas Day Morning." The English Hymnal, 1906, gives sts. v.-ix., beginning "Behold, the great Creator makes," as No. 20. 2. Come, ravisht Souls with high Delight. [Praise to God.] In 1659, as above, as "A Psalm for Sunday Nights." Of this stanzas ii.-iv., vi., vii., beginning "O sing the glories of our Lord," are in Horder's Hymns Supplemental, 1894, No. 1016. Two other pieces are in W. T. Brooke's edition of Giles Fletcher's Christ's Victory and Triumph , 1888, pp. 193, 195. [Rev. James Mearns, M.A.]
Thomas Pestel