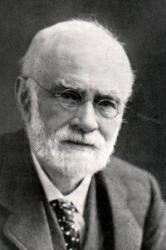 1848 - 1915 Person Name: D. Jenkins (1848-1915) Composer of "PENLAN" in Hymns for Today's Church (2nd ed.) Born: December 30, 1848, Trecastle, Breconshire, Wales. Died: December 10, 1915, Aberystwyth, Cardiganshire, Wales. Buried: Trecastle, Breconshire, Wales. Professor David Jenkins (1848 - 1915) was a Welsh composer born at Trecastle, Brecknockshire, Wales. Originally apprenticed to the tailoring trade, he joined the Tonic Solfa choral movement and in 1874 enrolled at Aberystwyth College and studied under the renowned composer Joseph Parry, the first Professor of Music there. Jenkins received his Mus. Bac. from Cambridge in 1878. In 1893, he was appointed lecturer in the newly-formed Music Department of the University of Wales, Aberystwyth, and was appointed Professor in 1910, a post he held until his death. He was a prominent figure in the musical life of Wales, judging at the National Eisteddfod and provincial eisteddfodau, and conducting at cymanfaoedd (hymn-singing festivals). He was a prolific composer; his best-known choral works are Arch y Cyfamod, Job, Yr Ystorm and The Psalm of Life, which was written for the Cardiff Triennial Festival in 1895, and was first premiered by two thousand singers at the Crystal Palace, London, on July 1896. He was also an editor of Y Cerddor. He died in Castell Brychan, Aberystwyth. --www.hymnswithoutwords.com
David Jenkins