Appears in 7 hymnals Lyrics: 1 Gracious God, my heart renew, make my spirit right and true; in your presence let me stay, by your Spirit show the way; your salvation's joy impart, steadfast make my willing heart. 2 So shall sinners be restored and return to you, their Lord; Savior, ... Topics: Ten Commandments 7th Commandmnet (do not commit adultery) Scripture: Psalm 51 Used With Tune: REDHEAD 76 Text Sources: Psalter , 1912, alt.
Gracious God, My Heart Renew

Give Me a Clean Heart

[God, be merciful to me]

All you who make the Law your Choice 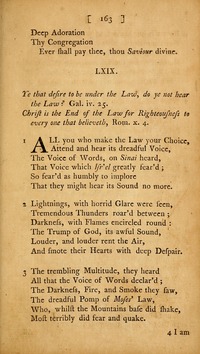 Hymnal: Christian Hymns, Poems, and Spiritual Songs #I.LXIX (1776) Lyrics: ... thou do it: Nor vile Adultery commit: Thou shalt not steal ... Scripture: Galatians 4:25 Languages: English
All you who make the Law your Choice 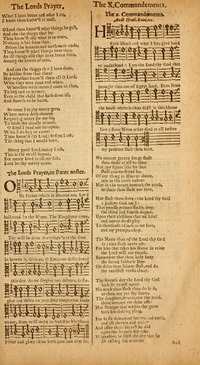 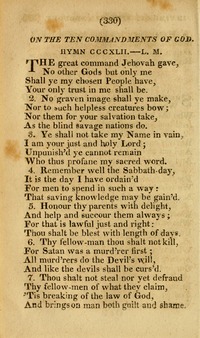 1820 - 1901 Composer of "REDHEAD 76" in Psalms for All Seasons Richard Redhead (b. Harrow, Middlesex, England, 1820; d. Hellingley, Sussex, England, 1901) was a chorister at Magdalen College, Oxford. At age nineteen he was invited to become organist at Margaret Chapel (later All Saints Church), London. Greatly influencing the musical tradition of the church, he remained in that position for twenty-five years as organist and an excellent trainer of the boys' choirs. Redhead and the church's rector, Frederick Oakeley, were strongly committed to the Oxford Movement, which favored the introduction of Roman elements into Anglican worship. Together they produced the first Anglican plainsong psalter, Laudes Diurnae (1843). Redhead spent the latter part of his career as organist at St. Mary Magdalene Church in Paddington (1864-1894). Bert Polman
Richard Redhead

Person Name: Margaret J. Douroux, b. 1941 Author of "Give Me a Clean Heart" in Psalms for All Seasons
Margaret Douroux