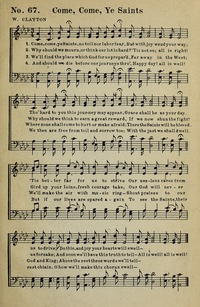 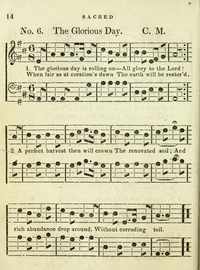 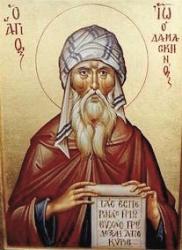 675 - 787 Person Name: John of Damascus, 8th cent. Author of "The Day of Resurrection" in Psalter Hymnal (Gray) Eighth-century Greek poet John of Damascus (b. Damascus, c. 675; d. St. Sabas, near Jerusalem, c. 754) is especially known for his writing of six canons for the major festivals of the church year. John's father, a Christian, was an important official at the court of the Muslim caliph in Damascus. After his father's death, John assumed that position and lived in wealth and honor. At about the age of forty, however, he became dissatisfied with his life, gave away his possessions, freed his slaves, and entered the monastery of St. Sabas in the desert near Jerusalem. One of the last of the Greek fathers, John became a great theologian in the Eastern church. He defended the church's use of icons, codified the practices of Byzantine chant, and wrote about science, philosophy, and theology. Bert Polman ======================== John of Damascus, St. The last but one of the Fathers of the Greek Church, and the greatest of her poets (Neale). He was of a good family in Damascus, and educated by the elder Cosmas in company with his foster-brother Cosmas the Melodist (q. v.). He held some office under the Caliph. He afterwards retired to the laura of St. Sabas, near Jerusalem, along with his foster-brother. There he composed his theological works and his hymns. He was ordained priest of the church of Jerusalem late in life. He lived to extreme old age, dying on the 4th December, the day on which he is commemorated in the Greek calendar, either in his 84th or 100th year (circa 780). He was called, for some unknown reason, Mansur, by his enemies. His fame as a theologian rests on his work, the first part of which consists of philosophical summaries, the second dealing with heresies, and the third giving an account of the orthodox faith. His three orations in favour of the Icons, from which he obtained the name of Chrysorrhous and The Doctor of Christian Art, are very celebrated. The arrangement of the Octoechusin accordance with the Eight Tones was his work, and it originally contained no other Canons than his. His Canons on the great Festivals are his highest achievements. In addition to his influence on the form and music, Cardinal Pitra attributes to him the doctrinal character of the later Greek hymnody. He calls him the Thomas Aquinas of the East. The great subject round which his hymns are grouped is The Incarnation, developed in the whole earthly career of the Saviour. In the legendary life of the saint the Blessed Virgin Mary is introduced as predicting this work: the hymns of John of Damascus should eclipse the Song of Moses, rival the cherubim, and range all the churches, as maidens beating their tambours, round their mother Jerusalem (Pitra, Hymn. Grecque, p. 33). The legend illustrates not only the dogmatic cast of the hymns, but the introduction of the Theotokion and Staurotheotokion, which becomes the prevalent close of the Odes from the days of St. John of Damascus: the Virgin Mother presides over all. The Canons found under the name of John Arklas (one of which is the Iambic Canon at Pentecost) are usually attributed to St. John of Damascus, and also those under the name of John the Monk. Some doubt, however, attaches to the latter, because they are founded on older rhythmical models which is not the case with those bearing the name of the Damascene, and they are not mentioned in the ancient Greek commentaries on his hymns. One of these is the Iambic Canon for Christmas. His numerous works, both in prose and verse, were published by Le Quien, 1712; and a reprint of the same with additions by Migne, Paris, 1864. Most of his poetical writings are contained in the latter, vol. iii. pp. 817-856, containing those under the title Carmina; and vol. iii. pp. 1364-1408, the Hymni. His Canon of SS. Peter & Paul is in Hymnographie Grecque, by Cardinal Pitra, 1867. They are also found scattered throughout the Service Books of the Greek Church, and include Iambic Canons on the Birth of Christ, the Epiphany, and on Pentecost; Canons on Easter, Ascension, the Transfiguration, the Annunciation, and SS. Peter & Paul: and numerous Idiomela. In addition, Cardinal Mai found a manuscript in the Vatican and published the same in his Spicilegium Romanum, which contained six additional Canons, viz.: In St. Basilium; In St. Chrysostomum; In St. Nicolaum; In St. Petrum; In St. Georgium, and In St. Blasium. But M. Christ has urged grave objections to the ascription of these to St. John of Damascus (Anthologia Graeca Carminum Christorium, p. xlvii.). Daniel's extracts in his Thesaurus Hymnologicus, vol. iii. pp. 80, 97, extend to six pieces. Dr. Neale's translations of portions of these works are well known. [Rev. H. Leigh Bennett, M.A.] -- John Julian, Dictionary of Hymnology (1907)
St. John of Damascus 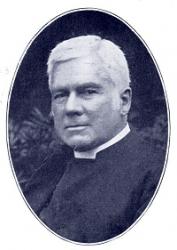 1823 - 1897 Author of "For All the Saints" in Psalter Hymnal (Gray) William W. How (b. Shrewsbury, Shropshire, England, 1823; d. Leenane, County Mayo, Ireland, 1897) studied at Wadham College, Oxford, and Durham University and was ordained in the Church of England in 1847. He served various congregations and became Suffragan Bishop in east London in 1879 and Bishop of Wakefield in 1888. Called both the "poor man's bishop" and "the children's bishop," How was known for his work among the destitute in the London slums and among the factory workers in west Yorkshire. He wrote a number of theological works about controversies surrounding the Oxford Movement and attempted to reconcile biblical creation with the theory of evolution. He was joint editor of Psalms and Hymns (1854) and Church Hymns (1871). While rector in Whittington, How wrote some sixty hymns, including many for chil­dren. His collected Poems and Hymns were published in 1886. Bert Polman =============== How, William Walsham, D.D., son of William Wybergh How, Solicitor, Shrewsbury, was born Dec. 13, 1823, at Shrewsbury, and educated at Shrewsbury School and Wadham College, Oxford (B.A. 1845). Taking Holy Orders in 1846, he became successively Curate of St. George's, Kidderminster, 1846; and of Holy Cross, Shrewsbury, 1848. In 1851 he was preferred to the Rectory of Whittington, Diocese of St. Asaph, becoming Rural Dean in 1853, and Hon. Canon of the Cathedral in 1860. In 1879 he was appointed Rector of St. Andrew's Undershaft, London, and was consecrated Suffragan Bishop for East London, under the title of the Bishop of Bedford, and in 1888 Bishop of Wakefield. Bishop How is the author of the Society for Promoting Christian Knowledge Commentary on the Four Gospels; Plain Words , Four Series; Plain Words for Children; Pastor in Parochia; Lectures on Pastoral Work; Three All Saints Summers, and Other Poems , and numerous Sermons , &c. In 1854 was published Psalms and Hymns, Compiled by the Rev. Thomas Baker Morrell, M.A., . . . and the Rev. William Walsham How, M.A. This was republished in an enlarged form in 1864, and to it was added a Supplement in 1867. To this collection Bishop How contributed several hymns, and also to the S. P. C. K. Church Hymns , of which he was joint editor, in 1871. The Bishop's hymns in common use amount in all to nearly sixty. Combining pure rhythm with great directness and simplicity, Bishop How's compositions arrest attention more through a comprehensive grasp of the subject and the unexpected light thrown upon and warmth infused into facia and details usually shunned by the poet, than through glowing imagery and impassioned rhetoric. He has painted lovely images woven with tender thoughts, but these are few, and found in his least appreciated work. Those compositions which have laid the firmest hold upon the Church, are simple, unadorned, but enthusiastically practical hymns, the most popular of which, "O Jesu, Thou art standing"; "For all the Saints who from their labours rest," and "We give Thee but Thine own," have attained to a foremost rank. His adaptations from other writers as in the case from Bishop Ken, "Behold, the Master passeth by," are good, and his Children's hymns are useful and popular. Without any claims to rank as a poet, in the sense in which Cowper and Montgomery were poets, he has sung us songs which will probably outlive all his other literary works. The more important of Bishop How's hymns, including those already named, and "Lord, Thy children guide and keep"; "O Word of God Incarnate"; "This day at Thy creating word"; "Who is this so weak and helpless"; and others which have some special history or feature of interest, are annotated under their respective first lines. The following are also in common use:— i. From Psalms & Hymns, 1854. 1. Before Thine awful presence, Lord. Confirmation. 2. Jesus, Name of wondrous love [priceless worth]. Circumcision. The Name Jesus . 3. Lord Jesus, when we stand afar. Passiontide. 4. O blessing rich, for sons of men. Members of Christ. 5. 0 Lord of Hosts, the earth is Thine. In time of War. 6. O Lord, Who in Thy wondrous love. Advent. ii. From Psalms & Hymns, enlarged, 1864. 7. Lord, this day Thy children meet. Sunday School Anniversary. iii. From Supplement to the Psalms & Hymns, 1867. 8. Hope of hopes and joy of joys. Resurrection. 9. 0 daughters blest of Galilee. For Associations of Women. 10. O happy feet that tread. Public Worship. 11. With trembling awe the chosen three. Transfiguration. iv. From Parish Magazine, 1871, and Church Hymns, 1871. 12. O Jesu, crucified for man. Friday. 13. Yesterday, with worship blest. Monday. v. From the S. P. C. K. Church Hymns. 1871. 14. Bowed low in supplication. For the Parish. 15. Great Gabriel sped on wings of light. Annunciation, of the Blessed Virgin Mary. 16. O blest was he, whose earlier skill. St. Luke. 17. O God, enshrined in dazzling light. Omnipresence. Divine Worship . 18. O heavenly Fount of Light and Love. Witsuntide. 19. O Lord, it is a blessed thing. Weekdays. 20. 0 One with God the Father. Epiphany. 21. O Thou through suffering perfect made. Hospitals. 22. Rejoice, ye sons of men. Purification of the B. V. M. 23. Summer suns are glowing. Summer. 24. The year is swiftly waning. Autumn. 25. Thou art the Christ, O Lord. St. Peter. 26. To Thee our God we fly. National Hymn. 27. Upon the holy Mount they stood. Transfiguration and Church Guilds. 28. We praise Thy grace, 0 Saviour. St. Mark. vi. From the S. P. C. K. Children's Hymns, 1872. 29. Behold a little child. Jesus the Child's Example. 30. Come, praise your Lord and Saviour. Children's Praises. 31. It is a thing most wonderful. Sunday School Anniversary. 32. On wings of living light. Easter. Bishop How's hymns and sacred and secular pieces were collected and published as Poems and Hymns, 1886. The Hymns, 54 in all, are also published separately. He d. Aug. 10, 1897. --John Julian, Dictionary of Hymnology (1907) =================== How, W. W., p. 540, i. He died Aug. 10, 1897. His Memoir, by F. D. How, was published in 1898. --John Julian, Dictionary of Hymnology, New Supplement (1907)
William Walsham How 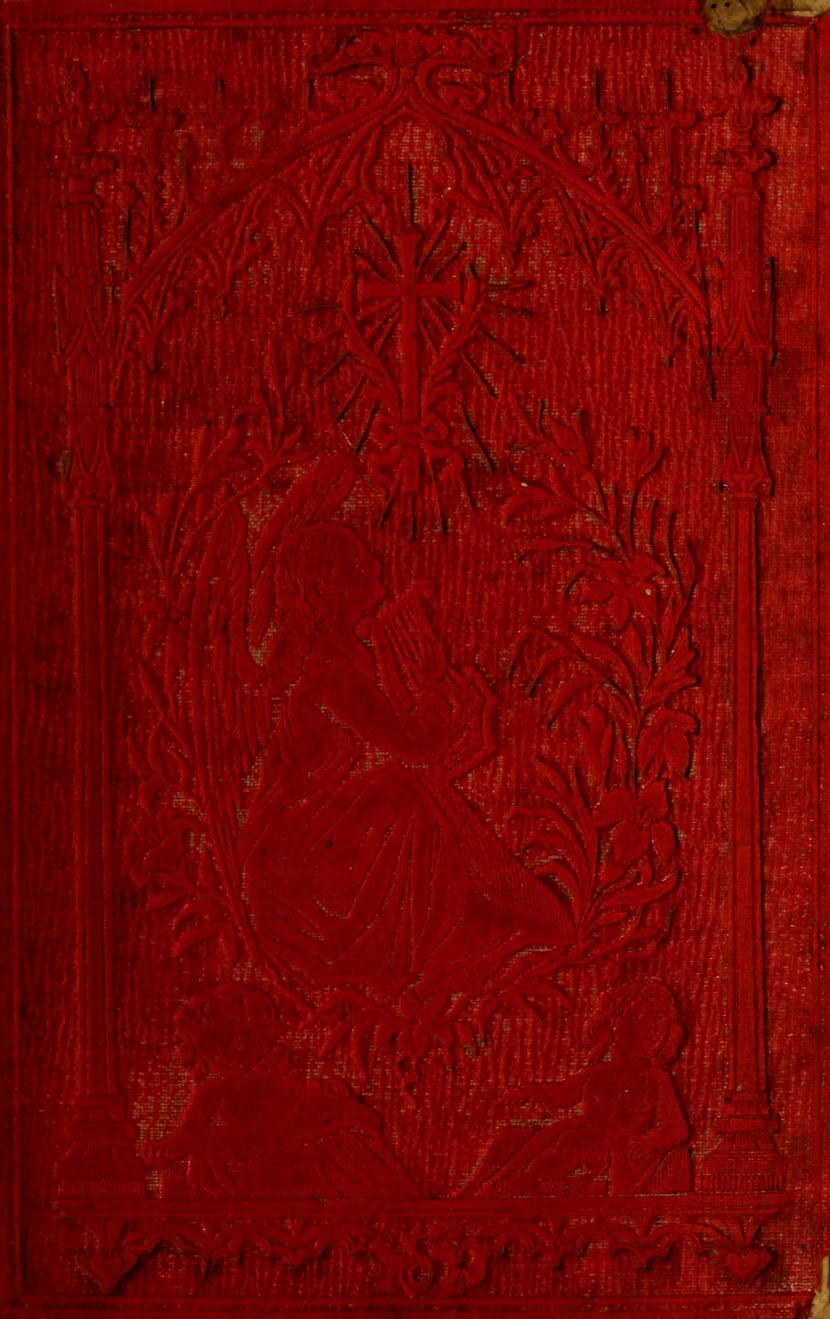