Switch back to the old search page.Advanced Search
Looking for other resources related to Divorce? Check out PreachingandWorship.org.

When Two Who Once Were Joined as One

Author: Mary R. Bittner Appears in 1 hymnal Topics: Blessing Divorce, role of church in offering hope and comfort
When Two Who Once Were Joined as One

Let us our Hearts and Voices raise

Appears in 5 hymnals Lyrics: ... , fainting, felt Death's rude Divorce, To put his Testament in ...
Let us our Hearts and Voices raise

HEAVEN SHALL NOT WAIT

[We should never have discord or trouble or strife]

Composer: Rev. Herbert Buffum Appears in 1 hymnal Used With Text: If the Devil Would Stay Home
[We should never have discord or trouble or strife]

When Two Who Once Were Joined as One

Author: Mary R. Bittner Hymnal: Water from the Rock #p.39 (2004) Topics: Blessing Divorce, role of church in offering hope and comfort
When Two Who Once Were Joined as One

Let us our Hearts and Voices raise 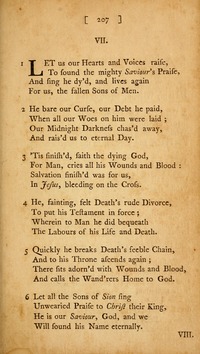 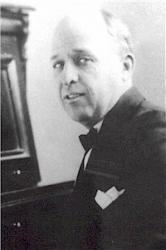 1879 - 1939 Person Name: Rev. Herbert Buffum Author of "If the Devil Would Stay Home" in Pentecostal Jewels Herbert Buffum was born in La Fayette, Illinois 13 November 1879. He became a member of the Methodist Episcopal Church. He started preaching at seventeen years of age. He did city mission work up and down the Pacific Coast and later in small towns in Kansas. He began publishing hymns at the age of eighteen. Dianne Shapiro, from "The Singers and Their Songs: sketches of living gospel hymn writers" by Charles Hutchinson Gabriel (Chicago: The Rodeheaver Company, 1916)
Herbert Buffum

b. 1949 Person Name: John L. Bell (b. 1949) Author of "Heaven shall not wait" in Church Hymnary (4th ed.) John Bell (b. 1949) was born in the Scottish town of Kilmarnock in Ayrshire, intending to be a music teacher when he felt the call to the ministry. But in frustration with his classes, he did volunteer work in a deprived neighborhood in London for a time and also served for two years as an associate pastor at the English Reformed Church in Amsterdam. After graduating he worked for five years as a youth pastor for the Church of Scotland, serving a large region that included about 500 churches. He then took a similar position with the Iona Community, and with his colleague Graham Maule, began to broaden the youth ministry to focus on renewal of the church’s worship. His approach soon turned to composing songs within the identifiable traditions of hymnody that found began to address concerns missing from the current Scottish hymnal: "I discovered that seldom did our hymns represent the plight of poor people to God. There was nothing that dealt with unemployment, nothing that dealt with living in a multicultural society and feeling disenfranchised. There was nothing about child abuse…,that reflected concern for the developing world, nothing that helped see ourselves as brothers and sisters to those who are suffering from poverty or persecution." [from an interview in Reformed Worship (March 1993)] That concern not only led to writing many songs, but increasingly to introducing them internationally in many conferences, while also gathering songs from around the world. He was convener for the fourth edition of the Church of Scotland’s Church Hymnary (2005), a very different collection from the previous 1973 edition. His books, The Singing Thing and The Singing Thing Too, as well as the many collections of songs and worship resources produced by John Bell—some together with other members of the Iona Community’s “Wild Goose Resource Group,” are available in North America from GIA Publications. Emily Brink
John L. Bell

b. 1930 Author of "A Congregational Lament" in Psalter Hymnal (Gray) Calvin Seerveld (b. 1930) was professor of aesthetics at the Institute for Christian Studies in Toronto from 1972 until he retired in 1995. Educated at Calvin College, Grand Rapids, Michigan; the University of Michigan; and the Free University of Amsterdam (Ph.D.), he also studied at Basel University in Switzerland, the University of Rome, and the University of Heidelberg. Seerveld began his career by teaching at Bellhaven College in Jackson, Mississippi (1958-1959), and at Trinity Christian College in Palos Heights, Illinois (1959-1972). A fine Christian scholar, fluent in various biblical and modern languages, he is published widely in aesthetics, biblical studies, and philosophy. His books include Take Hold of God and Pull (1966), The Greatest Song: In Critique of Solomon (1967), For God's Sake, Run with Joy (1972), Rainbows for the Fallen World: Aesthetic Life and Artistic Task (1980), and On Being Human (1988). He credits the Dutch musician Ina Lohr for influencing his compositions of hymn tunes. Most of his Bible versifications and hymns were written for the Psalter Hymnal (1987), on whose revision committee he ably served. Bert Polman
Calvin Seerveld