Help us to feel for drunken man

Appears in 10 hymnals
Help us to feel for drunken man

Helped by a kind hand

[A drunken man sat on the curb-stone]

Composer: Rev. E. S. Lorenz Appears in 1 hymnal Used With Text: Helped by a kind hand
[A drunken man sat on the curb-stone]

Helped by a kind hand 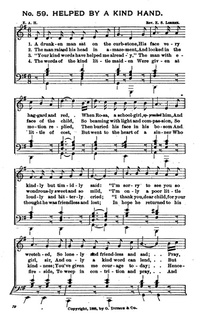 Help us to feel for drunken man 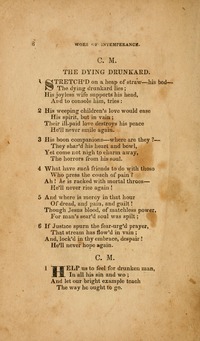 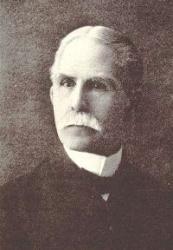 1839 - 1929 Person Name: E. A. H. Author of "Helped by a kind hand" in Bells of Victory Elisha Hoffman (1839-1929) after graduating from Union Seminary in Pennsylvania was ordained in 1868. As a minister he was appointed to the circuit in Napoleon, Ohio in 1872. He worked with the Evangelical Association's publishing arm in Cleveland for eleven years. He served in many chapels and churches in Cleveland and in Grafton in the 1880s, among them Bethel Home for Sailors and Seamen, Chestnut Ridge Union Chapel, Grace Congregational Church and Rockport Congregational Church. In his lifetime he wrote more than 2,000 gospel songs including"Leaning on the everlasting arms" (1894). The fifty song books he edited include Pentecostal Hymns No. 1 and The Evergreen, 1873. Mary Louise VanDyke ============ Hoffman, Elisha Albright, author of "Have you been to Jesus for the cleansing power?" (Holiness desired), in I. D. Sankey's Sacred Songs and Solos, 1881, was born in Pennsylvania, May 7, 1839. --John Julian, Dictionary of Hymnology, Appendix, Part II (1907) ==============
E. A. Hoffman

1854 - 1942 Person Name: Rev. E. S. Lorenz Composer of "[A drunken man sat on the curb-stone]" in Bells of Victory Pseudonymns: John D. Cresswell, L. S. Edwards, E. D. Mund, ==================== Lorenz, Edmund Simon. (North Lawrence, Stark County, Ohio, July 13, 1854--July 10, 1942, Dayton, Ohio). Son of Edward Lorenz, a German-born shoemaker who turned preacher, served German immigrants in northwestern Ohio, and was editor of the church paper, Froehliche Botschafter, 1894-1900. Edmund graduated from Toledo High School in 1870, taught German, and was made a school principal at a salary of $20 per week. At age 19, he moved to Dayton to become the music editor for the United Brethren Publishing House. He graduated from Otterbein College (B.A.) in 1880, studied at Union Biblical Seminary, 1878-1881, then went to Yale Divinity School where he graduated (B.D.) in 1883. He then spent a year studying theology in Leipzig, Germany. He was ordained by the Miami [Ohio] Conference of the United Brethren in Christ in 1877. The following year, he married Florence Kumler, with whom he had five children. Upon his return to the United States, he served as pastor of the High Street United Brethren Church in Dayton, 1884-1886, and then as president of Lebanon Valley College, 1887-1889. Ill health led him to resign his presidency. In 1890 he founded the Lorenz Publishing Company of Dayton, to which he devoted the remainder of his life. For their catalog, he wrote hymns, and composed many gospel songs, anthems, and cantatas, occasionally using pseudonyms such as E.D. Mund, Anna Chichester, and G.M. Dodge. He edited three of the Lorenz choir magazines, The Choir Leader, The Choir Herald, and Kirchenchor. Prominent among the many song-books and hymnals which he compiled and edited were those for his church: Hymns for the Sanctuary and Social Worship (1874), Pilgerlieder (1878), Songs of Grace (1879), The Otterbein Hymnal (1890), and The Church Hymnal (1934). For pastors and church musicians, he wrote several books stressing hymnody: Practical Church Music (1909), Church Music (1923), Music in Work and Worship (1925), and The Singing Church (1938). In 1936, Otterbein College awarded him the honorary D.Mus. degree and Lebanon Valley College the honorary LL.D. degree. --Information from granddaughter Ellen Jane Lorenz Porter, DNAH Archives
Edmund S. Lorenz

Person Name: Anon. Author of "Help us to feel for drunken man" in A Collection of Hymns, for the use of the United Brethren in Christ In some hymnals, the editors noted that a hymn's author is unknown to them, and so this artificial "person" entry is used to reflect that fact. Obviously, the hymns attributed to "Author Unknown" "Unknown" or "Anonymous" could have been written by many people over a span of many centuries.
Anonymous