Not in envy, not in anger

Author: Benjamin H. Kennedy Appears in 1 hymnal
Not in envy, not in anger

Envy and wrong, and wrath and pride

Appears in 1 hymnal
Envy and wrong, and wrath and pride

No, I Shall Envy Them No More 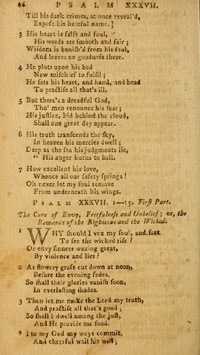 Hymnal: Doctor Watts's imitation of the Psalms of David, to which is added a collection of hymns; the whole applied to the state of the Christian Church in general (3rd ed.) #66 (1786) First Line: Why should I vex my soul, and fret Lyrics: ... see the wicked rise? Or envy sinners waxing great, By violence ... Topics: Envy and Unbelief cured; Unbelief and envy cured; Envy and Unbelief cured; Unbelief and envy cured Scripture: Psalm 37:1-15 Languages: English
The Cure of Envy, Fretfulness, and Unbelief; or, The Rewards of the Righteous and the Wicked 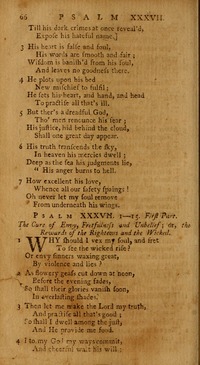 1848 - 1934 Harmonizer of "PUER NOBIS" in Psalms for All Seasons Educated at Caius College in Cambridge, England, George R. Woodward (b. Birkenhead, Cheshire, England, 1848; d. Highgate, London, England, 1934) was ordained in the Church of England in 1874. He served in six parishes in London, Norfolk, and Suffolk. He was a gifted linguist and translator of a large number of hymns from Greek, Latin, and German. But Woodward's theory of translation was a rigid one–he held that the translation ought to reproduce the meter and rhyme scheme of the original as well as its contents. This practice did not always produce singable hymns; his translations are therefore used more often today as valuable resources than as congregational hymns. With Charles Wood he published three series of The Cowley Carol Book (1901, 1902, 1919), two editions of Songs of Syon (1904, 1910), An Italian Carol Book (1920), and the Cambridge Carol Book
George Ratcliffe Woodward