Switch back to the old search page.Advanced Search
Looking for other resources related to Epiphany? Check out PreachingandWorship.org.

Lift Every Voice and Sing

Brightest and best of the sons of the morning

Author: Samuel J. Stone Hymnal: Hymnal of the Society of the Companions of the Holy Cross #14 (1918)
The Epiphany star, the Christ's ensign afar

1676 - 1749 Author of "On Jordan's bank the Baptist's cry" in The Hymnal of the Protestant Episcopal Church in the United States of America 1940 Coffin, Charles, born at Buzaney (Ardennes) in 1676, died 1749, was principal of the college at Beauvais, 1712 (succeeding the historian Rollin), and rector of the University of Paris, 1718. He published in 1727 some, of his Latin poems, for which he was already noted, and in 1736 the bulk of his hymns appeared in the Paris Breviary of that year. In the same year he published them as Hymni Sacri Auctore Carolo Coffin, and in 1755 a complete ed. of his Works was issued in 2 vols. To his Hymni Sacri is prefixed an interesting preface. The whole plan of his hymns, and of the Paris Breviary which he so largely influenced, comes out in his words. "In his porro scribendis Hymnis non tam poetico indulgendunv spiritui, quam nitoro et pietate consulendum esse existimavi. Pleraque igitur, argumentis convenientia e purissiinis Scripturae Sacrae fontibus deprompsi quac idoneis Ecclesiae cantui numeris alligarem." His hymns are described by a French critic as having less brilliancy than those of Santüil (q.v.), but more simplicity and unction. They number 100 in the edition of 1736. Translated into English by J. Chandler, I. Williams and others, are noted under their respective Latin first lines. [William T. Brooke] -- John Julian, Dictionary of Hymnology (1907)
Charles Coffin

1697 - 1797 Person Name: Katharina von Schlagel Author of "Be Still, My Soul" in Voices United Schlegel, Catharina Amalia Dorothea von. Little is known of this lady. According to Koch, iv., p. 442, she was born Oct. 22, 1697, and was "Stiftsfräulein" in the Evangelical Lutheran Stift (i.e. Protestant nunnery) at Cöthen. On applying to Cöthen, however, her name did not occur in the books of the Stift; and from the correspondence which she carried on, in 1750-52, with Heinrich Ernst, Count Stolberg, it would rather seem that she was a lady attached to the little ducal court at Cöthen. (manuscript from Dr. Eduard Jacobs, Wernigerode, &c.) Further details of her life it has been impossible to obtain. The only one of her hymns which has passed into English is:— Stille, mein Wille, dein Jesus hilft siegen. Cross and Consolation. A fine hymn on waiting for God. It appeared in 1752, as above, No. 689, in 6 stanzas of 6 lines; and is included in Knapp's Evangelischer Lieder-Schatz, 1837, No. 2249 (1865, No. 2017). The translation in common "Be still my soul!—-the Lord is on thy side." This is a good translation, omitting stanzas iii., by Miss Borthwick, in Hymns from the Land of Luther, 2nd Ser., 1855, p. 37 (1884, p. 100). [Rev. James Mearns, M.A.] --Excerpts from John Julian, Dictionary of Hymnology (1907)
Kathrina von Schlegel

The Methodist Hymn-Book with Tunes 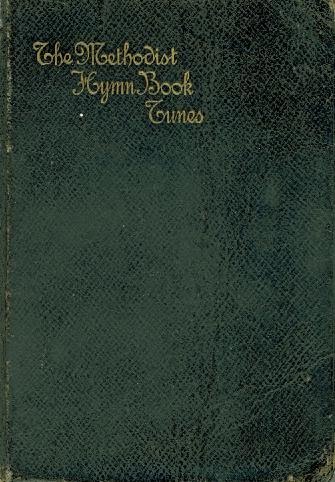 Anthem book of the Church of St. Luke and The Epiphany

Editors: Reginald Heber Description: The SmallChurchMusic site was commenced in 2006 grew out of the requests from those struggling to provide suitable music for their services and meetings. Rev. Clyde McLennan was ordained in mid 1960’s and was a pastor in many small Australian country areas, and therefore was acutely aware of this music problem. Having also been trained as a Pipe Organist, recordings on site (which are a subset of the smallchurchmusic.com site) are all actually played by Clyde, and also include piano and piano with organ versions. All recordings are in MP3 format. Churches all around the world use the recordings, with downloads averaging over 60,000 per month. The recordings normally have an introduction, several verses and a slowdown on the last verse. Users are encouraged to use software: Audacity (http://www.audacityteam.org) or Song Surgeon (http://songsurgeon.com) (see http://scm-audacity.weebly.com for more information) to adjust the MP3 number of verses, tempo and pitch to suit their local needs. Copyright notice: Rev. Clyde McLennan, performer in this collection, has assigned his performer rights in this collection to Hymnary.org. Non-commercial use of these recordings is permitted. For permission to use them for any other purposes, please contact manager@hymnary.org. Home/Music(smallchurchmusic.com) List SongsAlphabetically List Songsby Meter List Songs byTune Name About
Small Church Music