Christ, Whose Glory Fills the Skies

Thine Be the Glory 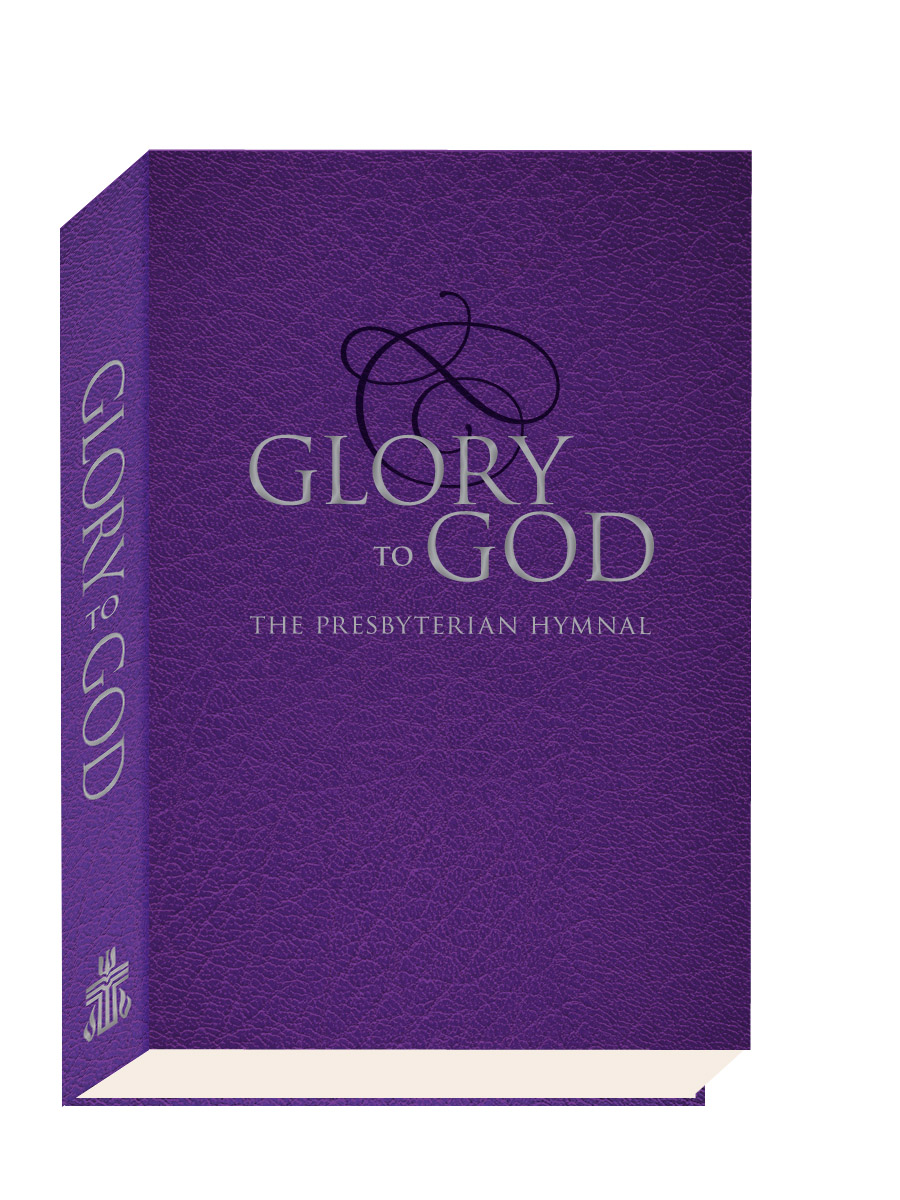 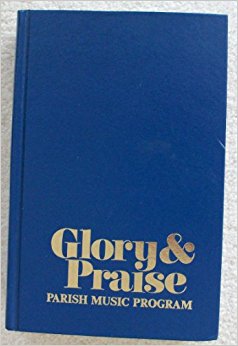 Glory to God in the Highest!

To God Be the Glory (Naylor)

From Glory to Glory 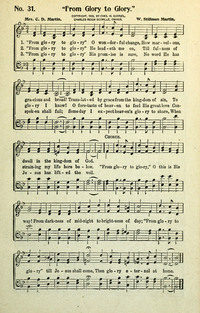 1848 - 1934 Person Name: Goerge Ratcliffe Woodward Harmonizer of "PUER NOBIS NASCITUR" in The Presbyterian Hymnal Educated at Caius College in Cambridge, England, George R. Woodward (b. Birkenhead, Cheshire, England, 1848; d. Highgate, London, England, 1934) was ordained in the Church of England in 1874. He served in six parishes in London, Norfolk, and Suffolk. He was a gifted linguist and translator of a large number of hymns from Greek, Latin, and German. But Woodward's theory of translation was a rigid one–he held that the translation ought to reproduce the meter and rhyme scheme of the original as well as its contents. This practice did not always produce singable hymns; his translations are therefore used more often today as valuable resources than as congregational hymns. With Charles Wood he published three series of The Cowley Carol Book (1901, 1902, 1919), two editions of Songs of Syon (1904, 1910), An Italian Carol Book (1920), and the Cambridge Carol Book
George Ratcliffe Woodward

1892 - 1987 Composer of "[There may be tears to shed as we travel home]" in Favorites Number 1 Rv Wendell Phillips Loveless USA 1892-1987, Born in Wheaton, IL, he first engaged in business in Chicago. In 1914 he became a member of an entertainment group that toured the U.S. on the Chatauqua circuit. Spending six years with the group he learned voice, piano, dramatics, and MC duties, later managing the group. He later used these talents in Christian ministry. In 1917 he married Velma Stone, and they had three children: Robert, David, and Wendell Jr. He was a Lieutenant in the Marine Corps during WWI. He was converted through reading the Bible at home. He joined the Moody Bible Institute (MBI) in 1926, first as business manager of the extension department. He later became director of the Moody Bible Institute radio station WMBI in Chicago from 1926-1947. He then became an itinerant Bible teacher. He later pastored the Wheaton Evangelical Free Church, Community Church in Boca Raton, FL, and First Chinese Church of Christ in Honolulu, HI, continuing his radio ministry in the last two locations (also managing station KAIM Honolulu). In 1960 he assigned all his copyrights to Hope Publishing Company. He wrote popular songs and choruses, many found in hymnals published by Hope, and some translated into other languages. He authored several books: “Glimpses of Christ n Psalm IX” (1937); “Sunrise meditations” (1940); “New radio songs & choruses of the gospel #3” (1940); New radio songs & choruses of the gospel #4” (1942); “Little talks on great words” (1942?); “Christ and the believer in the Song of Songs” (1945); “Plain talks on practical truths” (1945); “New sunrise meditations” (1945); “Manual of gospel broadcasting” (1946); “Plain talks on Romans” (1946); “New radio songs & choruses of the gospel #5” (1946). He died in Honolulu, HI. He was an author, compiler, performer, editor, narrator, composer, actor, and writer. John Perry
Wendell P. Loveless