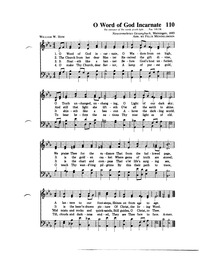 1809 - 1847 Person Name: Mendelssohn Adapter and Harmonizer of "MUNICH" in Psalter Hymnal (Gray) Felix Mendelssohn-Bartholdy (b. Hamburg, Germany, 1809; d. Leipzig, Germany, 1847) was the son of banker Abraham Mendelssohn and the grandson of philosopher Moses Mendelssohn. His Jewish family became Christian and took the Bartholdy name (name of the estate of Mendelssohn's uncle) when baptized into the Lutheran church. The children all received an excellent musical education. Mendelssohn had his first public performance at the age of nine and by the age of sixteen had written several symphonies. Profoundly influenced by J. S. Bach's music, he conducted a performance of the St. Matthew Passion in 1829 (at age 20!) – the first performance since Bach's death, thus reintroducing Bach to the world. Mendelssohn organized the Domchor in Berlin and founded the Leipzig Conservatory of Music in 1843. Traveling widely, he not only became familiar with various styles of music but also became well known himself in countries other than Germany, especially in England. He left a rich treasury of music: organ and piano works, overtures and incidental music, oratorios (including St. Paul or Elijah and choral works, and symphonies. He harmonized a number of hymn tunes himself, but hymnbook editors also arranged some of his other tunes into hymn tunes. Bert Polman
Felix Mendelssohn-Bartholdy

1813 - 1879 Person Name: Henry Smart, 1813-1879 Composer of "LANCASHIRE" in The Hymnary of the United Church of Canada Henry Smart (b. Marylebone, London, England, 1813; d. Hampstead, London, 1879), a capable composer of church music who wrote some very fine hymn tunes (REGENT SQUARE, 354, is the best-known). Smart gave up a career in the legal profession for one in music. Although largely self taught, he became proficient in organ playing and composition, and he was a music teacher and critic. Organist in a number of London churches, including St. Luke's, Old Street (1844-1864), and St. Pancras (1864-1869), Smart was famous for his extemporiza­tions and for his accompaniment of congregational singing. He became completely blind at the age of fifty-two, but his remarkable memory enabled him to continue playing the organ. Fascinated by organs as a youth, Smart designed organs for impor­tant places such as St. Andrew Hall in Glasgow and the Town Hall in Leeds. He composed an opera, oratorios, part-songs, some instrumental music, and many hymn tunes, as well as a large number of works for organ and choir. He edited the Choralebook (1858), the English Presbyterian Psalms and Hymns for Divine Worship (1867), and the Scottish Presbyterian Hymnal (1875). Some of his hymn tunes were first published in Hymns Ancient and Modern (1861). Bert Polman
Henry Thomas Smart

Heaven Shall Not Wait