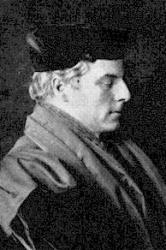 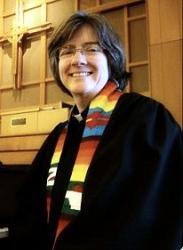 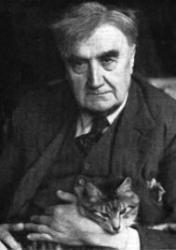 1872 - 1958 Scripture: Matthew 2:18 Arranger of "SUSSEX CAROL" in Voices United Through his composing, conducting, collecting, editing, and teaching, Ralph Vaughan Williams (b. Down Ampney, Gloucestershire, England, October 12, 1872; d. Westminster, London, England, August 26, 1958) became the chief figure in the realm of English music and church music in the first half of the twentieth century. His education included instruction at the Royal College of Music in London and Trinity College, Cambridge, as well as additional studies in Berlin and Paris. During World War I he served in the army medical corps in France. Vaughan Williams taught music at the Royal College of Music (1920-1940), conducted the Bach Choir in London (1920-1927), and directed the Leith Hill Music Festival in Dorking (1905-1953). A major influence in his life was the English folk song. A knowledgeable collector of folk songs, he was also a member of the Folksong Society and a supporter of the English Folk Dance Society. Vaughan Williams wrote various articles and books, including National Music (1935), and composed numerous arrange­ments of folk songs; many of his compositions show the impact of folk rhythms and melodic modes. His original compositions cover nearly all musical genres, from orchestral symphonies and concertos to choral works, from songs to operas, and from chamber music to music for films. Vaughan Williams's church music includes anthems; choral-orchestral works, such as Magnificat (1932), Dona Nobis Pacem (1936), and Hodie (1953); and hymn tune settings for organ. But most important to the history of hymnody, he was music editor of the most influential British hymnal at the beginning of the twentieth century, The English Hymnal (1906), and coeditor (with Martin Shaw) of Songs of Praise (1925, 1931) and the Oxford Book of Carols (1928). Bert Polman
Ralph Vaughan Williams 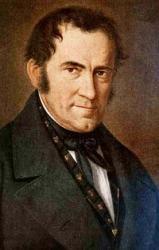 1787 - 1863 Person Name: Franz Gruber Scripture: Matthew 2 Composer of "STILLE NACHT" in Psalter Hymnal (Gray) Franz Xaver Gruber (1787-1863) was born into a linen weaver's family and studied violin and organ even though his father wanted him to work in the family business. In addition to serving as parish organist for St. Nicholas Church in Obendorf, he taught school in nearby Arnsdorf (1807-1829) and Berndorf (1829-1833). He spent the balance of his career as organist and choir director in Hallein, where he founded the famous Hallein Choral Society. Bert Polman
Franz Xaver Gruber

1813 - 1879 Person Name: Henry Smart Scripture: Matthew 2 Composer of "REGENT SQUARE" in Lift Up Your Hearts Henry Smart (b. Marylebone, London, England, 1813; d. Hampstead, London, 1879), a capable composer of church music who wrote some very fine hymn tunes (REGENT SQUARE, 354, is the best-known). Smart gave up a career in the legal profession for one in music. Although largely self taught, he became proficient in organ playing and composition, and he was a music teacher and critic. Organist in a number of London churches, including St. Luke's, Old Street (1844-1864), and St. Pancras (1864-1869), Smart was famous for his extemporiza­tions and for his accompaniment of congregational singing. He became completely blind at the age of fifty-two, but his remarkable memory enabled him to continue playing the organ. Fascinated by organs as a youth, Smart designed organs for impor­tant places such as St. Andrew Hall in Glasgow and the Town Hall in Leeds. He composed an opera, oratorios, part-songs, some instrumental music, and many hymn tunes, as well as a large number of works for organ and choir. He edited the Choralebook (1858), the English Presbyterian Psalms and Hymns for Divine Worship (1867), and the Scottish Presbyterian Hymnal (1875). Some of his hymn tunes were first published in Hymns Ancient and Modern (1861). Bert Polman
Henry Thomas Smart 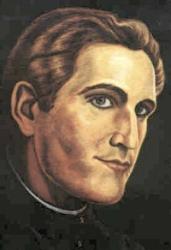 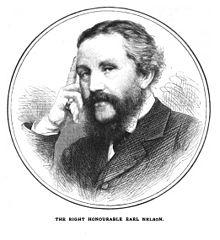 1823 - 1913 Person Name: Horatio Bolton Nelson (1823-1913) Scripture: Matthew 2:1-23 Author of "By All Your Saints Still Striving" in Common Praise (1998) Earl Nelson was born in 1823. He was educated at Eton, and Trinity College, Cambridge. He is a relative of England's greatest naval hero. An active layman, he has been of service to the Church in many of her religious and benevolent enterprises. In hymnology he has taken a prominent position; his own hymns are most creditable, and he has been foremost in compiling the Sarum Hymnal, a work of the best character. This hymnal was compiled in 1857, with the assistance of John Keble, at the request of the Bishop of Salisbury. Its first title was The Salisbury Hymn Book. Its popularity was very great. In 1868 it was revised and is now known as The Sarum Hymnal. Earl Nelson has also published a few other works, mostly of a devotional character. --Annotations of the Hymnal, Charles Hutchins, M.A., 1872 Nelson, Horatio, 3rd Earl Nelson, son of Mr. Thomas Bolton, of Burnham, Norfolk (nephew of the celebrated Admiral Viscount Nelson, whose name he assumed on succeeding to the title as 2nd Earl); was born Aug. 7, 1823, and educated at Eton, and at Trinity College, Cambridge. He succeeded to the title Nov. 1, 1835. In 1857 he edited the Salisbury Hymn-Book. In this work he was assisted by J. Keble, who re-wrote some of the older hymns and translated others from the Latin. This collection was remodelled and published as the Sarum Hymnal in 1868. In the preparation of this work Earl Nelson was assisted by the Revs. J. R. Woodford (afterwards Bishop of Ely) and E. A. Dayman. In 1864 he published his Hymn for Saint’s Day, and other Hymns. In this appeared the hymn by which he is most widely known, “From all Thy saints in warfare, for all Thy saints at rest" (p. 398, ii.). He has also published A Form of Family Prayer, with Special Offices for the Seasons, 1852; and A Calendar of Lessons for Every Day in the Year, 1857. He was also an active member of the Home Reunion Society, and wrote extensively on the subject. --John Julian, Dictionary of Hymnology (1907)
Horatio Nelson

1905 - 1987 Scripture: Matthew 2:13-16 Author of "In Bethlehem a Newborn Boy" in The Presbyterian Hymnal Rosamond E. Herklots was born of British parents in North India. Educated at Leeds University in England, she worked for many years as secretary to an eminent neurologist, and later in the head office of the Association for Spina Bifida and Hydrocephalus in London. She began writing hymns late in life, and some achieved an immediate success. --www.societyholytrinity.org/2007gr-hymnfestcommentary.htm Herklots began writing poetry in her childhood and turned to hymn writing in her adult years. She wrote over seventy hymns, many specifically with children in mind. --Presbyterian Hymnal Companion
Rosamond E. Herklots