Go in grace and make disciples

When I Survey the Wondrous Cross

Author: Isaac Watts Meter: 8.8.8.8 Appears in 1,844 hymnals Lyrics: 1 When I survey the wondrous cross on which the Prince of glory died, my richest gain I count but loss, and pour contempt on all my pride. 2 Forbid it, Lord, that I should boast, save in the death of Christ my God: all the vain things that charm me most, I ... Topics: Ministry Ordinations Scripture: Galatians 6:14 Used With Tune: HAMBURG
When I Survey the Wondrous Cross

In witness of the gospel an ordinance we find

In witness of the gospel, an ordinance we find 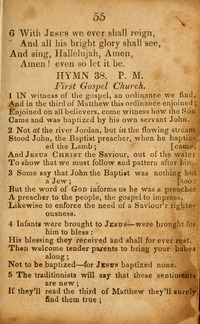 Hymnal: Original and Select Hymns, and Sacred Pindoric Odes., few of which have ever been published (1st. ed.) #38 (1830)
In witness of the gospel, an ordinance we find

This ordinance of law divine

Hymnal: Songs of Zion, or The Hymnal Casket #d84 (1877)
This ordinance of law divine

Hymns of the Church, Ancient and Modern 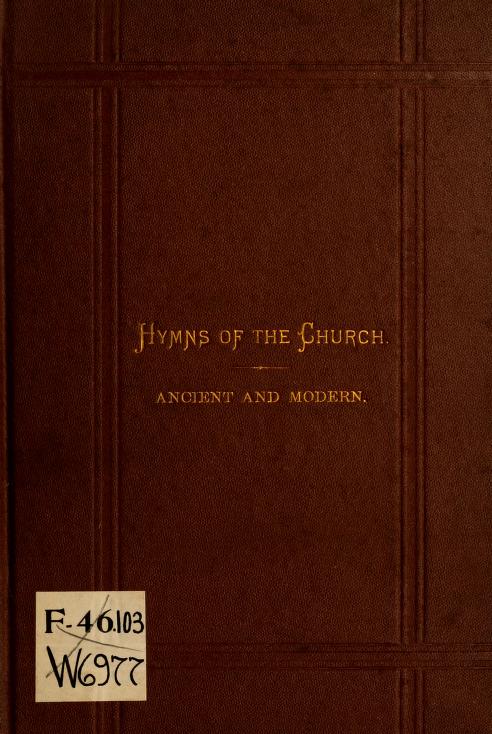