Switch back to the old search page.Advanced Search
Looking for other resources related to Predestination? Check out PreachingandWorship.org.

The Vision of dry Bones

Praise Be Unto Our God

Author: Susan H. Peterson Appears in 1 hymnal First Line: God chose us to be in Christ Refrain First Line: Praise be unto our God, Father of our Lord Lyrics: ... willed. [Refrain] 4 We’re predestined by God’s plan, That ... Used With Tune: GLORIA
Praise Be Unto Our God

The Baptism of a Household

[Oh, the mercy of God, the glory of grace]

Composer: Geoff Bullock (b. 1956) Appears in 2 hymnals Tune Key: D Major Used With Text: To the praise of his glorious grace
[Oh, the mercy of God, the glory of grace]

The Vision of dry Bones 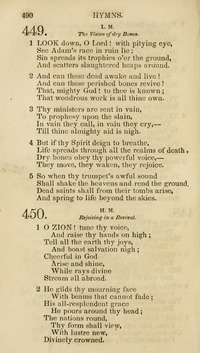 The Baptism of a Household 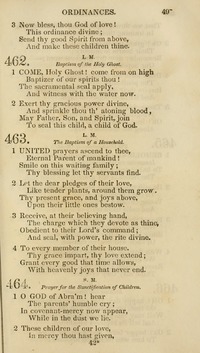 1823 - 1889 Composer of "LOCHBIE" in The Cyber Hymnal William H. Monk (b. Brompton, London, England, 1823; d. London, 1889) is best known for his music editing of Hymns Ancient and Modern (1861, 1868; 1875, and 1889 editions). He also adapted music from plainsong and added accompaniments for Introits for Use Throughout the Year, a book issued with that famous hymnal. Beginning in his teenage years, Monk held a number of musical positions. He became choirmaster at King's College in London in 1847 and was organist and choirmaster at St. Matthias, Stoke Newington, from 1852 to 1889, where he was influenced by the Oxford Movement. At St. Matthias, Monk also began daily choral services with the choir leading the congregation in music chosen according to the church year, including psalms chanted to plainsong. He composed over fifty hymn tunes and edited The Scottish Hymnal (1872 edition) and Wordsworth's Hymns for the Holy Year (1862) as well as the periodical Parish Choir (1840-1851). Bert Polman
William Henry Monk