O for a principle within

I want a principle within 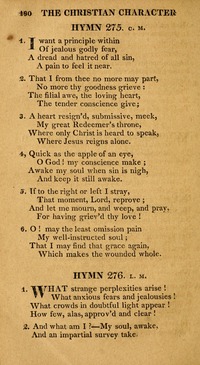 O for a principle within 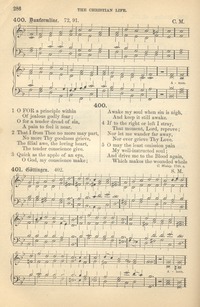 I Want a Principle Within 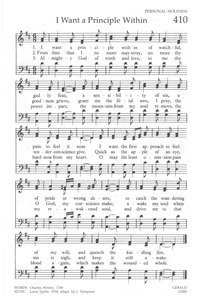 Author: Charles Wesley Hymnal: The United Methodist Hymnal #410 (1989) Meter: 8.6.8.6 D First Line: I want a principle within of watchful, godly fear Lyrics: ... principle within of watchful, godly fear, a sensibility of sin, a ... first approach to feel of pride or wrong desire, ... to catch the wandering of my will, and quench ... ; awake my soul when sin is nigh, and keep ... . O may the least omission pain my reawakened soul, ... Topics: Sanctifiying and Perfecting Grace Personal Holiness; Aspiration and Resolve; Christian Perfection; Integrity Languages: English Tune Title: GERALD
I Want a Principle Within