Approach, My Soul, the Mercy Seat

Author: John Newton Meter: 8.6.8.6 Appears in 592 hymnals Lyrics: 1. Approach, my soul, the mercy seat, Where Jesus answers prayer; There humbly fall before His feet, For none can perish there. 2. Thy promise is my only plea, With this I venture nigh; Thou callest burdened souls to Thee, And such, O Lord, am I. 3. Bowed ... Used With Tune: BALLERMA Text Sources: Olney Hymns (London: W. Oliver, 1779), number 12
Approach, My Soul, the Mercy Seat

God Of All Power, And Truth, And Grace

Author: Charles Wesley Meter: 8.8.8.8 Appears in 67 hymnals Lyrics: ... , let the gracious shower Descend, and make me pure from sin. 7 Purge ... . 17 Wash out my deep original stain, Tell me no more ... Shall make my sinfulness depart, And fill me with the life of God ... into nothing fall! Be less than nothing in Thy sight, And feel ... Used With Tune: VOM HIMMEL HOCH Text Sources: Hymns and Sacred Poems , 1742, alt.
God Of All Power, And Truth, And Grace

Praise the Lord Through Every Nation

Author: Rhijnvis Feith; James Montgomery Appears in 17 hymnals Lyrics: 1. Praise the Lord through every nation; His holy arm hath wrought salvation; Exalt Him on His Father’s throne; Praise your King, ye Christian legions, Who now prepares in heav’nly regions Unfailing mansions for His own; With voice and minstrelsy Extol His ... Used With Tune: SLEEPERS, WAKE Text Sources: Original Hymns , 1853 by James Montgomery
Praise the Lord Through Every Nation

Waiting and Watching for Me 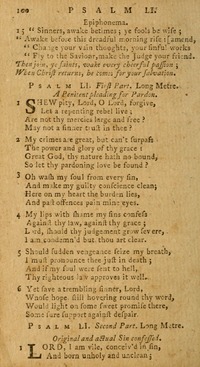 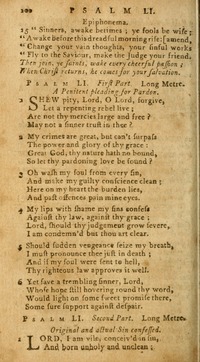