Work, for the Night is Coming

Author: Anna L. Coghill Appears in 1,083 hymnals Lyrics: ... is coming; Work thro' the morning hours; Work while the dew ... is sparkling; Work 'mid springing flowers; Work while the day grows ... , Under the glowing sun; Work, for the night is coming ... bright tints are glowing, Work, for daylight flies; Work, till the last ... Topics: Work and Missions Work Used With Tune: WORK SONG
Work, for the Night is Coming

Folk Songs of the American Negro (No. 1) 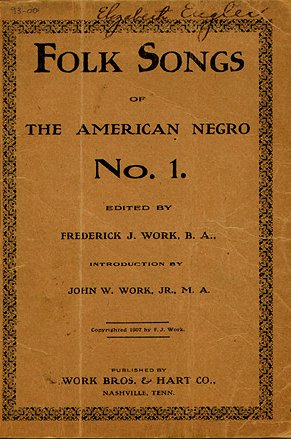 Editors: Christopher M. Idle Description: The SmallChurchMusic site was launched in 2006, growing out of the requests from those struggling to provide suitable music for their services and meetings. Rev. Clyde McLennan was ordained in mid 1960’s and was a pastor in many small Australian country areas, and therefore was acutely aware of this music problem. Having also been trained as a Pipe Organist, recordings on site (which are a subset of the smallchurchmusic.com site) are all actually played by Clyde, and also include piano and piano with organ versions. All recordings are in MP3 format. Churches all around the world use the recordings, with downloads averaging over 60,000 per month. The recordings normally have an introduction, several verses and a slowdown on the last verse. Users are encouraged to use software: Audacity (http://www.audacityteam.org) or Song Surgeon (http://songsurgeon.com) (see http://scm-audacity.weebly.com for more information) to adjust the MP3 number of verses, tempo and pitch to suit their local needs. Copyright notice: Rev. Clyde McLennan, performer in this collection, has assigned his performer rights in this collection to Hymnary.org. Non-commercial use of these recordings is permitted. For permission to use them for any other purposes, please contact manager@hymnary.org. Home/Music(smallchurchmusic.com) List SongsAlphabetically List Songsby Meter List Songs byTune Name About
Small Church Music 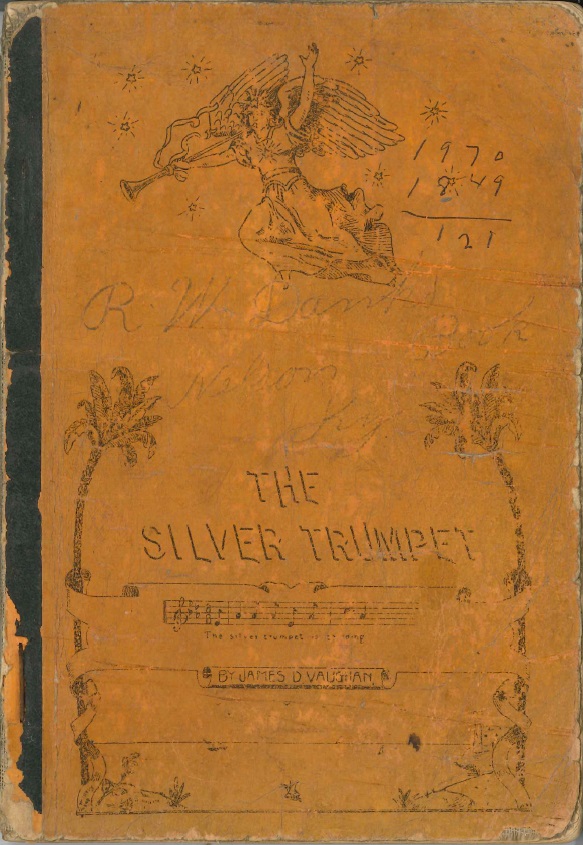 We Will Work for Jesus

There's a Work for Jesus 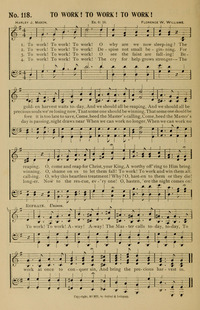 1873 - 1925 Person Name: John W. Work Jr. Adapter of "Lord, I want to be a Christian" in Baptist Hymnal (1975 ed) John W. Work, Jr. (b. Nashville, TN, 1872; d. Nashville, 1925), is well known for his pioneering studies of African American folk music and for his leadership in the performance of spirituals. He studied music at Fisk University in Nashville and classics at Harvard and then taught Latin, Greek, and history at Fisk from 1898 to 1923. Director of the Jubilee Singers at Fisk, Work also sang tenor in the Fisk Jubilee Quartet, which toured the country after 1909 and made commercial recordings. He was president of Roger Williams University in Nashville during the last two years of his life. Work and his brother Frederick Jerome Work (1879-1942) were devoted to collecting, arranging, and publishing African American slave songs and spirituals. They published two collections: New Jubilee Songs as Sung by the Fisk Jubilee Singers (1901) and Folk Songs of the American Negro (1907). Bert Polman
John Wesley Work

1823 - 1876 Person Name: J. B. Dykes Composer of "ST. AGNES" in The New Canadian Hymnal As a young child John Bacchus Dykes (b. Kingston-upon-Hull' England, 1823; d. Ticehurst, Sussex, England, 1876) took violin and piano lessons. At the age of ten he became the organist of St. John's in Hull, where his grandfather was vicar. After receiving a classics degree from St. Catherine College, Cambridge, England, he was ordained in the Church of England in 1847. In 1849 he became the precentor and choir director at Durham Cathedral, where he introduced reforms in the choir by insisting on consistent attendance, increasing rehearsals, and initiating music festivals. He served the parish of St. Oswald in Durham from 1862 until the year of his death. To the chagrin of his bishop, Dykes favored the high church practices associated with the Oxford Movement (choir robes, incense, and the like). A number of his three hundred hymn tunes are still respected as durable examples of Victorian hymnody. Most of his tunes were first published in Chope's Congregational Hymn and Tune Book (1857) and in early editions of the famous British hymnal, Hymns Ancient and Modern. Bert Polman
John Bacchus Dykes