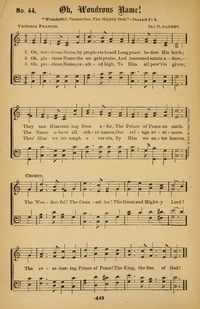 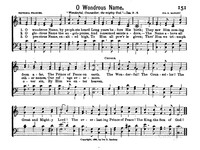 In Judah God of Old Was Known

Author: Isaac Watts Hymnal: The Cyber Hymnal #2990 Meter: 8.6.8.6 D Hymnal Title: The Cyber Hymnal Lyrics: 1. In Judah God of old was known; His name in Israel great; In Salem stood His holy throne, And Zion was His seat. 2. Among the praises of His saints His dwelling there He chose; There He received their just complaints Against their haughty foes. 3. From Zion went His dreadful word, And broke the threatening spear, The bow, the arrows, and the sword, And crushed th’Assyrian war. 4. What are the earth’s wide kingdoms else But mighty hills of prey? The hill on which Jehovah dwells Is glorious more than they. 5. ’Twas Zion’s king that stopped the breath Of captains and their bands; The men of might slept fast in death, And never found their hands. 6. At Thy rebuke, O Jacob’s God, Both horse and chariot fell: Who knows the terrors of Thy rod? Thy vengeance who can tell? 7. What power can stand before Thy sight, When once Thy wrath appears? When Heav’n shines round with dreadful light, The earth lies still and fears. 8. When God in His own sovereign ways Comes down to save th’oppressed, The wrath of man shall work His praise, And He’ll restrain the rest. 9. Vow to the Lord, and tribute bring, Ye princes, fear His frown; His terror shakes the proudest king, And cuts an army down. 10. The thunder of His sharp rebuke Our haughty foes shall feel; For Jacob’s God hath not forsook But dwells in Zion still. Languages: English Tune Title: DOUGLAS
In Judah God of Old Was Known

Author: Frances Jane (Fanny) Crosby Hymnal: The Cyber Hymnal #5516 Meter: 8.6.8.6 D Hymnal Title: The Cyber Hymnal First Line: Oh, wondrous name, by prophets heard Refrain First Line: The Wonderful! The Counselor! Lyrics: 1. Oh, wondrous name, by prophets heard Long years before His birth; They saw Him coming from afar, The Prince of Peace on earth. Refrain The Wonderful! The Counselor! The Great and Mighty Lord! The everlasting Prince of Peace! The King, the Son of God! 2. Oh, glorious name the angels praise And ransomed saints adore, The name above all other names, Our refuge evermore. [Refrain] 3. Oh, precious name, exalted high, To Him all power is giv’n; Through Him we triumph over sin, By Him we enter Heav’ [Refrain] Languages: English Tune Title: DOUGLAS
Oh, Wondrous Name!
Export as CSV