Switch back to the old search page.Advanced Search
Looking for a lectionary week? Browse our Lectionary Calendar.

[Jesu has visited His people] 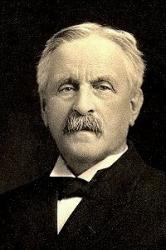