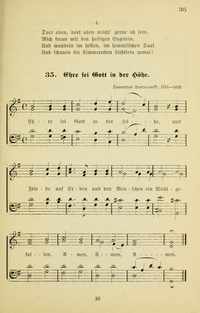 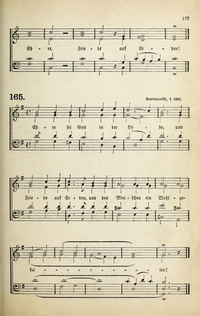 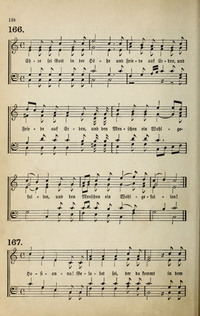 1751 - 1825 Person Name: Bortniansky Composer of "[Ehre sei Gott in der Höhe, und Friede auf Erden]" in Deutsches Liederbuch Dimitri Stepanovitch Bortniansky (1751-1825) Ukraine 1751-1825 Born in Glukhov, Ukraine, he joined the imperial choir at age 8 and studied with Galuppi, who later took the lad with him to Italy, where he studied for 10 years, becoming a composer, harpsichordist, and conductor. While in Italy he composed several operas and other instrumental music, composing more operas and music later in Russia. In 1779 he returned to Russia, where he was appointed Director to the Imperial Chapel Choir, the first as a native citizen. In 1796 he was appointed music director. With such a great instrument at his disposal, he produced many compositions, 100+ religious works, sacred concertos, cantatas, and hymns. He influenced Rachmaninoff and Tchaikovshy, the latter editing Bortniansky's sacred work, amassing 10 volumnes. He died in St. Petersburg. He was so popular in Russia that a bronze statue was erected in his honor in the Novgorod Kremlin. He composed in different musical styles, including choral works in French, Italian, Latin, German, and Church Slavonic. John Perry
Dmitri Stepanovich Bortnianski