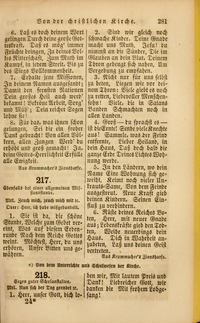 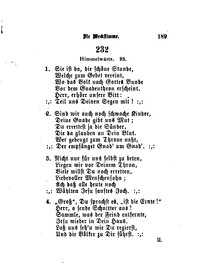 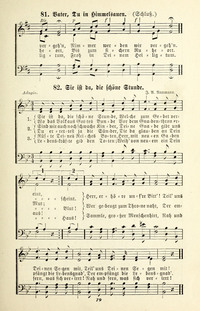 1741 - 1801 Person Name: J. A. Naumann Hymnal Title: Heils-Lieder, eine Sammlung Geistlicher Lieder für Sonntagsschulen, Jugendvereine Composer of "[Sie ist da, die schöne Stunde]" in Heils-Lieder, eine Sammlung Geistlicher Lieder für Sonntagsschulen, Jugendvereine Johann Gottlieb Naumann; b. near Dresden, 1741; d. Dresden, 1801 Evangelical Lutheran Hymnal, 1908 ========================== Born: April 7, 1741, Blasewitz, Dresden, Germany. Died: October 23, 1801, Dresden, Germany. Buried: Eliasfriedhof, Dresden, Germany. Naumann received his musical training in his town school, where he learned piano and organ. Later, he studied at the Kreuzschule in Dresden and was a member of the Dresden Kreuzchor. In Dresden, he learned from the organist and cantor of the Kreuzschule, Gottfried August Homilius, a student of Bach. In May 1757, he traveled to Italy with Swedish violinist Anders Wesström. Composer Giuseppe Tartini encountered Naumann in 1762 and took an interest in his work. Later that year, Naumann made his debut as an opera composer in Venice with Il Tesoro Insidiato. After his successful 1764 production of Li Creduti Spiriti, he was engaged as the second church composer at the Dresden court, on the recommendation of composer Johann Adolf Hasse. In 1777, as a result of negotiations by Swedish diplomat Count Löwenhjelm, Naumann was appointed to reform the Stockholm Hovkapell and help King Gustavus III in his opera plans. His work in Sweden led to the 1782 production of his opera Cora och Alonzo at the inauguration of the new opera house in Stockholm, and the 1786 production of Gustaf Wasa, based on an idea of the king for a Royal Swedish Opera. After a period as guest composer in Copenhagen (1785-56), he returned to Dresden, where he became Oberkapellmeister. In 1792, Naumann married Catarina von Grodtschilling, daughter of a Danish vice-admiral. His grandson was composer Ernst Naumann (1832–1910). http://www.hymntime.com/tch/bio/n/a/u/naumann_jg.htm ============================== http://en.wikipedia.org/wiki/Johann_Gottlieb_Naumann
Johann G. Naumann