She Will Show Us the Promised One

Author: Willard F. Jabusch Meter: 8.6.8.6 D Appears in 1 hymnal Hymnal Title: One in Faith First Line: At Nazareth she heard the voice Topics: Marian Used With Tune: PROMISED LAND
She Will Show Us the Promised One 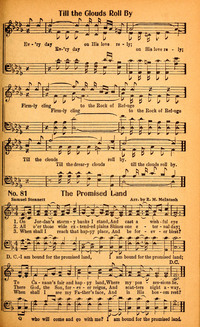 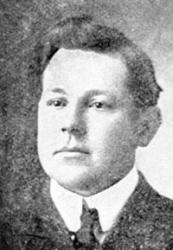 1872 - 1933 Hymnal Title: Cornelius' Gospel Songs Arranger of "[On Jordan's stormy banks I stand]" in Cornelius' Gospel Songs R.H. Cornelius, known as Rufus Cornelius by his friends, was born in Blount Co., AL., January 24, 1872. He was educated in the public schools of Oneonta, the county seat. He began teaching in the public schools at an early age and at one time was associate Principle of the Oneonta High School. It was while teaching in the high school that he became interested in church music and began to study with some of the best teachers of the time. His first major teacher was the late A J showalter in one of his normals at Eden, AL. He continued his study with this wellknown teacher until he had finished the courses a second time. He soon felt that the study of harmony was his first love in his study and soon became one of the best harmon teachers of his time. Near the close of the century, he moved to Texas and settled in Midlothian, Ellis Co., where he established a publishing house and published many fine gospel song books that sold by the thousands. However, before coming to Texas, he was associated with The Showalter-Patton Co. who published his first compositions. Soon after coming to Texas, he devoted much time to teaching singing schools (Cornelius Normal Musical Institute) and soon became one of the best known teachers of that great state, often having many more calls for schools than he could have time for. In many cases his schools were dated years ahead. he had possessed a beautiful tenor voice and was of a very pleasant personality. This caused his to be loved by all who knew him. About 1914 he was called to Southwestern Baptist Seminary as head of the music department. After several years here in the Baptist School in Ft Worth, Texas, he felt he was more needed back in the field of teaching and songbook publishing. Soon after coming to Texas, he married Maycon Temperance Burleson, who was a fine singer and musician and wrote many songs.During the first 32 years of the 20th Century, this couple of musicians blessed the State of Texas with their singing and teaching. Of all the fine song written by Mr. Cornelius, "Oh, I want to See Him" will carry his memory for years to come. The Cornelius' were members of the Baptist Church and were devoted Christians. Mr. Cornelius passed away in 1932. Mrs. Cornelius lived only about two years, passing away in 1934. In the passing of these fine gospel singer and teachers, church music suffered a great loss. By C C Stafford --www.findagrave.com/cgi-bin/ (excerpts)
R. H. Cornelius

Editors: Samuel Stennett Description: The SmallChurchMusic site was commenced in 2006 grew out of the requests from those struggling to provide suitable music for their services and meetings. Rev. Clyde McLennan was ordained in mid 1960’s and was a pastor in many small Australian country areas, and therefore was acutely aware of this music problem. Having also been trained as a Pipe Organist, recordings on site (which are a subset of the smallchurchmusic.com site) are all actually played by Clyde, and also include piano and piano with organ versions. All recordings are in MP3 format. Churches all around the world use the recordings, with downloads averaging over 60,000 per month. The recordings normally have an introduction, several verses and a slowdown on the last verse. Users are encouraged to use software: Audacity (http://www.audacityteam.org) or Song Surgeon (http://songsurgeon.com) (see http://scm-audacity.weebly.com for more information) to adjust the MP3 number of verses, tempo and pitch to suit their local needs. Copyright notice: Rev. Clyde McLennan, performer in this collection, has assigned his performer rights in this collection to Hymnary.org. Non-commercial use of these recordings is permitted. For permission to use them for any other purposes, please contact manager@hymnary.org. Home/Music(smallchurchmusic.com) List SongsAlphabetically List Songsby Meter List Songs byTune Name About
Small Church Music