Again we lift our voice 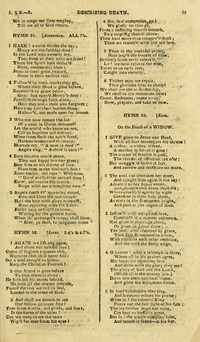 Again we lift our voice

Again we lift our voice. C. Wesley. [Burial.] Written on the death of one Somuel Hutchins, and included in Hymns and Sacred Poems, in 1749 (vol. ii.), “Samuel Hutchins was a Cornish smith, one of the first race of Methodist preachers, who died at an early age. An account of his life, written by his father, was published by J. Wesley in 1746." The hymn was embodied in the 1780 edition of the Wesleyan Hymn Book, No. 51, and from thence it has passed into other hymnals. Orig. text, Poetical Works of J. & C. Wesley, 1868-72, vol. v. p. 214.

All tunes published with 'Again we lift our voice'^ top 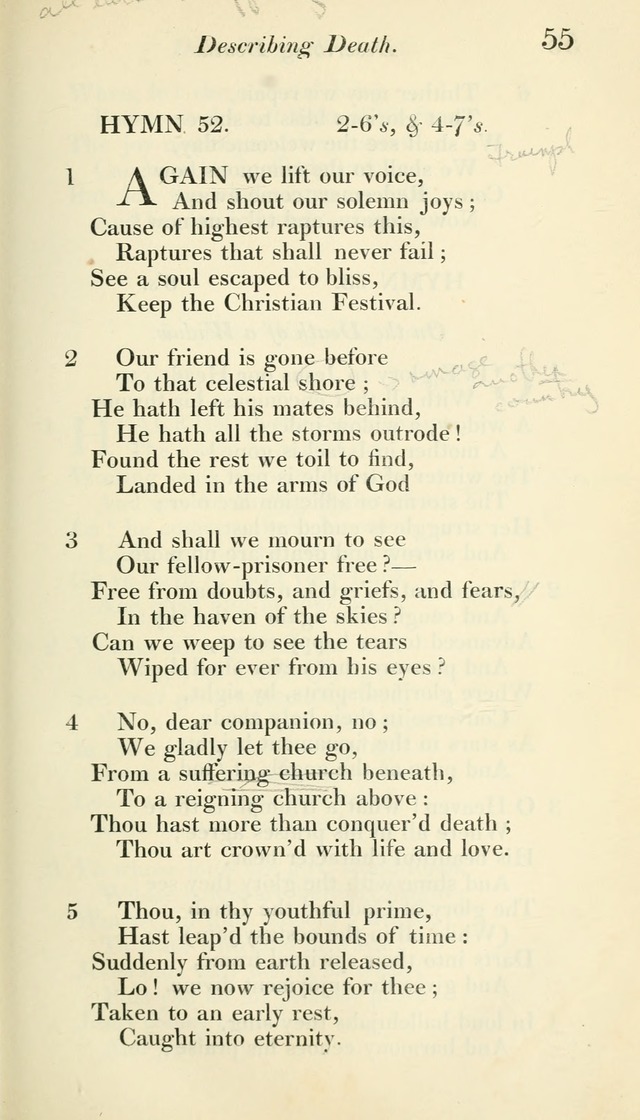 View Page
A Collection of Hymns, for the Use of the People Called Methodists, with a Supplement (1874), p.57
^ top

A Collection of Hymns Adapted to the use of the Methodist Episcopal Church Including the Whole Collection of the Rev. J. Wesley #ad7

A Collection of Hymns for the use of the Methodist Episcopal Church. Rev. with a Supplement #d8

A Collection of Hymns, for the Use of the People Called Methodists, with a Supplement #52

A Collection of Hymns #52

Hymns for the Use of the African Methodist Episcopal Zion Church. Impr. ed. #d5

Hymns of the Protestant Episcopal Church of the United States, as authorized by the General Convention #398

The Methodist Harmonist, containing a collection of tunes from the best authors, embracing every variety of metre, and adapted to the worship of the Methodist Episcopal Church. New ed. #199.569

The Sacred Harp or Eclectic Harmony #146a