All thanks be to God, who scatters abroad 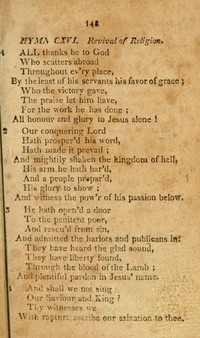 All thanks be to God, who scatters abroad

All thanks be to God. C. Wesley. [Thanksgiving.] One of the most celebrated open-air preaching places in Cornwall is the well-known Gwennap Pit, near Redruth. It is a circular hollow, covering an area of about 80 square yards, and sloping to a depth of some 50 feet. It has the appearance of a huge grass-covered funnel, with rings of seats formed out of the ground, and reaching from the bottom upwards. It seems to have had its origin in the running together of a mining shaft. In this amphitheatre the Wesleys frequently preached during their tours in Cornwall. In his journal C. Wesley notes under the date of Sunday, Aug. 10, 1746, that therein "for nearly two hours nine or ten thousand, by computation, listened with all eagerness" to him as he preached. The following day, being deeply impressed with the multitude, and the success of his work, he wrote the hymn: "All thanks be to God," &c. In the following year it was given as No. iii. of Hymns for those that Seek and those that Have Redemption, &c, 1747, in 8 stanzas of 8 lines, and entitled, "Thanksgiving for the Success of the Gospel." When included by J. Wesley in the Wesleyan Hymn Book in 1780, stanza iv. was omitted, and some alterations were also introduced into the text. That arrangement has been retained in later editions, and is repeated in other collections. Its use is somewhat extensive both in Great Britain and America. Original text in Poetical Works, 1868-72, vol. iv. p. 210.

All tunes published with 'All thanks be to God, who scatters abroad'^ top 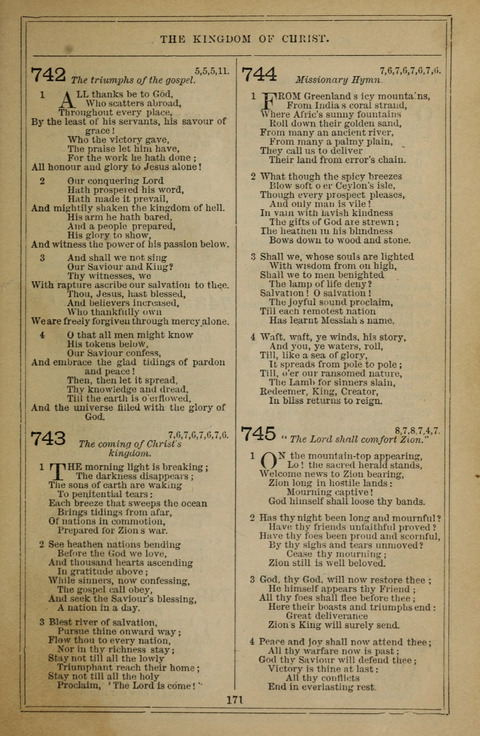 A Collection of Hymns Adapted to the use of the Methodist Episcopal Church Including the Whole Collection of the Rev. J. Wesley #ad18

A Collection of Hymns Adapted to the use of the Methodist Episcopal Church Including the Whole Collection of the Rev. J. Wesley #d3

A Collection of Hymns, for the Use of the People Called Methodists, with a Supplement #219

A Collection of original and select hymns and spiritual songs #CXVI

A Selection of Hymns, adapted to the devotions of the closet, the family, and the social circle; and containing subjects appropriate to the monthly concerns of prayer for the success... #18

Hymns and Spiritual Songs for the use of Christians. 9th ed. #d8

Hymns and Spiritual Songs for the Use of Christians. 8th ed. #d8

The Methodist Hymn-Book with Tunes #262

Display Title: All thanks be to God First Line: All thanks be to God Tune Title: DERBE Author: Charles Wesley, 1707-88 Meter: 5 5.5 11. D. Date: 1933 Subject: The Church | Ministers and Teachers; The Church | Missions at Home and Abroad; The Gospel Call | ; The Lord Jesus Christ | His Kingdom, Present and Future
The Methodist Hymn-Book with Tunes #262
All instances^ top
Suggestions or corrections? Contact us