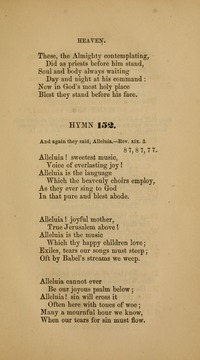 Alleluia, dulce carmen. [Week before Septuagesima.] The earliest form in which this hymn is found is in three manuscripts of the 11th century in the British Museum. From a Durham manuscript of the 11th century, it was published in the Latin Hymns of the Anglo-Saxon Church (Surtees Society), 1851, p. 55. The text is in Daniel, i. No. 263, and with further readings in iv. p. 152; and in the Hymnarium Sarisuriense, 1851, p. 59. [Rev. W. A. Shoults, B.D.]
Translations in common use:—
3. Alleluia! song of sweetness. Voice of joy, eternal lay. By J. M. Neale. It appeared in the first edition Mediaeval Hymns, 1851, p. 130, in 4 stanzas of 6 lines, and was "corrected for the Hymnal Noted." Mediaeval Hymns, 2nd ed. p. 184), where it was given in its new form, in 1852, No. 46, and again in the 2nd edition of the Mediaeval Hymns, 1863. This translation equals in popularity that of Chandler, but it is more frequently and extensively altered. Without noticing minor instances, we find the following: "Alleluia, song of sweetness,Voice of joy that cannot die" in Hymns Ancient & Modern, 1861 and 1875, and many others. " Hallelujah! song of gladness, Voice of joy that cannot die" in Thring's Collection, 1882, &c. Of these altered forms of Neale's text, that of Hymns Ancient & Modern, is most frequently adopted.
7. Alleluia, sweetest anthem, Voice of joy that may not die. By J. Keble. This translation is based upon Dr. Neale's, and was contributed to the Salisbury Hymn Book, 2857, No. 63, and repeated, with alterations, in the Sarum, 1868. It was also included in Keble's Miscellaneous Poems, 2869, p. 149.

Translations not in common use:
5. Alleluia, sweetest music. Mrs. Charles, 1858. 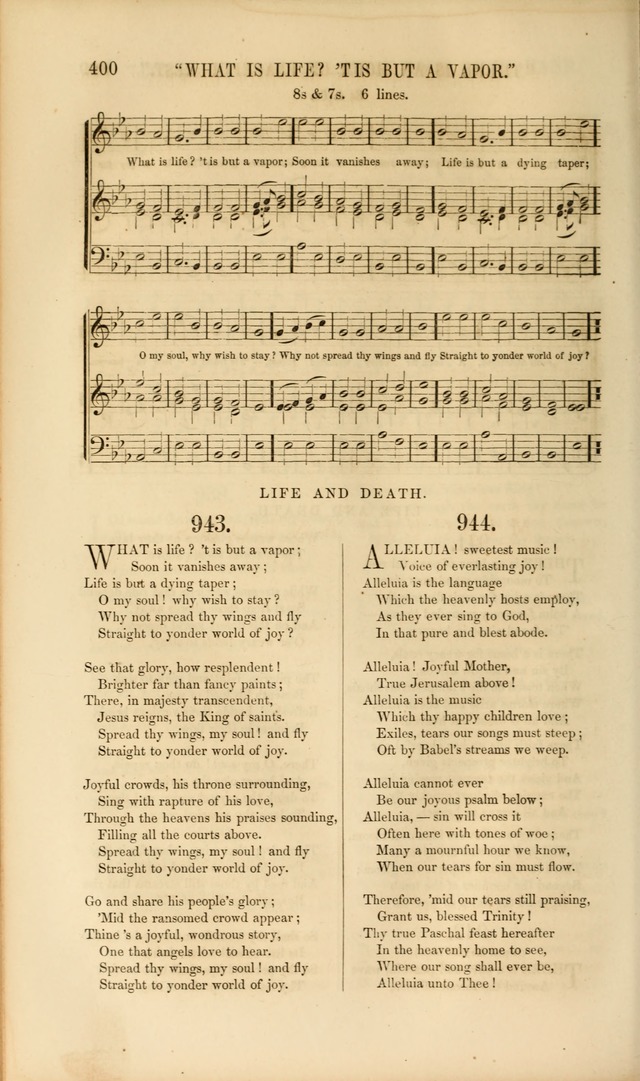 Church Pastorals, hymns and tunes for public and social worship #944