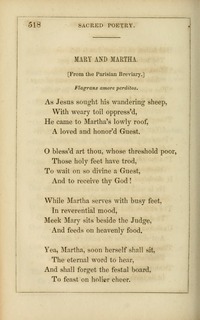 As Jesus sought his wandering sheep

Flagrans amore, perditos. [Lazarus, Mary and Martha visited by Christ.] This hymn is appointed for use at 1st Vespers on the Feast of St. Lazarus, &c, in the revised Paris Breviary, 1736 ; and also in the Lyons and other modern French Breviaries. It previously appeared in the Cluniac Breviary, 1686, p. 1068. Full text in Card. Newman's Hymni Ecclesiae, 1838-1865. It has been translated as:—
As Jesus sought His wandering sheep. By I. Williams. First published in the British Magazine, May, 1836 (vol. ix. p. 504); and again in his Hymns translated from the Parisian Breviary, 1839, p. 241, in 5 stanzas of 4 lines. In 1841 it was given in the Child's Christian Year, and later in a few collections in Great Britain and America. 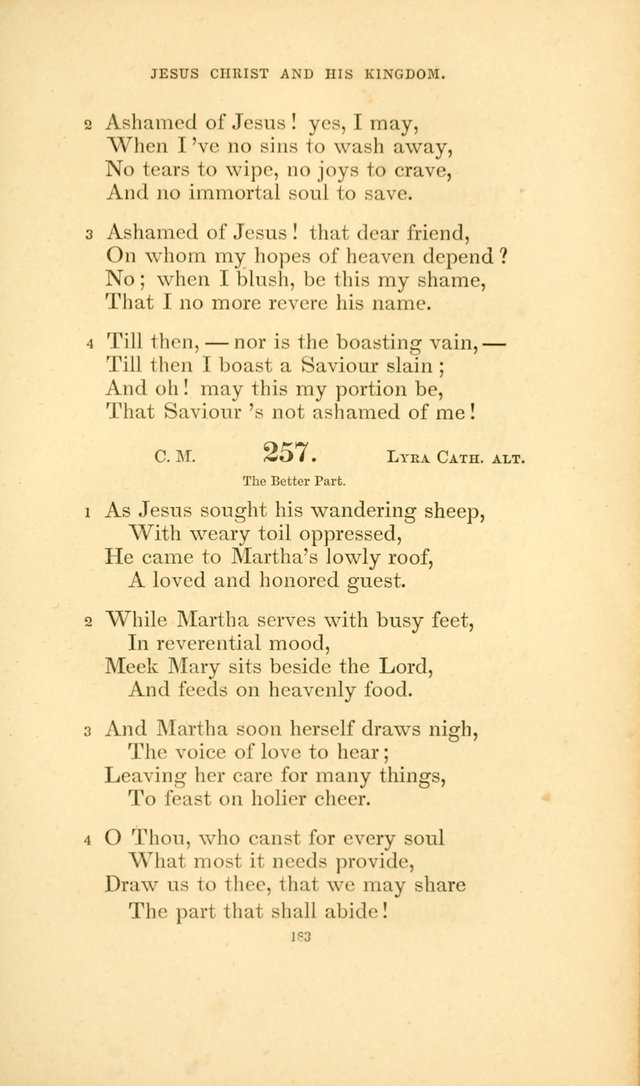 Hymns for the Church of Christ (3rd thousand) #253