As shepherds in Jewry were guarding their sheep 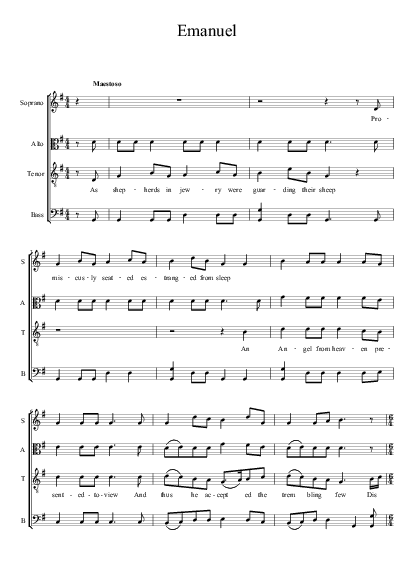 As shepherds in Jewry were guarding their sheep

1. As shepherds in jewry were guarding their sheep,
Promisc'usly seated estranged from sleep;
An Angle from heaven presented to view
And thus he accepted the trembling few
Dispel all your sorrows; and banish your fears,
For Jesus your saviour in Jewry appears


2 The Adam the first in Rebellion was found,
Forbidden to tarry on hallowed Ground;
Yet Adam the second appears to retrieve
The loss you sustain'd by the Devil and Eve.
Then Shepherds be tranquil this instant arise,
Go visit you Saviour and see where he lies.


3 A token I leave yo whereby you may find,
This heavenly stranger this friend to mankind;
A Manger's his Cradle a Stall his aboad,
The Oxen are near him and blow on your God.
Then Shepherds be humble be meek and be low
For Jesus your Saviour's abundantly so


4 This wonderous story scarce cool'd on the Ear,
When thousands of Angels in Glory appear;
they Join in the Concert and this was the theme
"All glory to God and good will towards men
Then Shepherds strike in join your Voice to the Choir
And catch a few sparks of Celestial fire


5 Hosanna! the Angels in Extacy cry,
Hosanna the wondering Shepherds reply;
Salvation, Redemption are centered in one
All Glory to God for the Birth of his Son
Then Shepherds adieu we commend you to God
Go visit the Son in his humble abode


6 To Bethlehem city the Shepherds repair'd,
For full confirmation of what they had heard;
They enter'd the Stable with Aspect so mild,
And there they beheld the Mother and Child
Then make proclamation divulgent abroad
That Gentile and Simple may hear of the Lord.


Source: The Psalm-singer's amusement: containing a number of fuging pieces and anthems #46

EMANUEL Page 34. This song by Billings, newly included in this edition, is a close variant of his JUDEA. He first published it in 1779 in The Psalm Singer's Amusement, and it went on to appear in other New England collections, including our source: The Stoughton Musical Society's Centennial Collecti…

The Psalm-singer's amusement: containing a number of fuging pieces and anthems #46 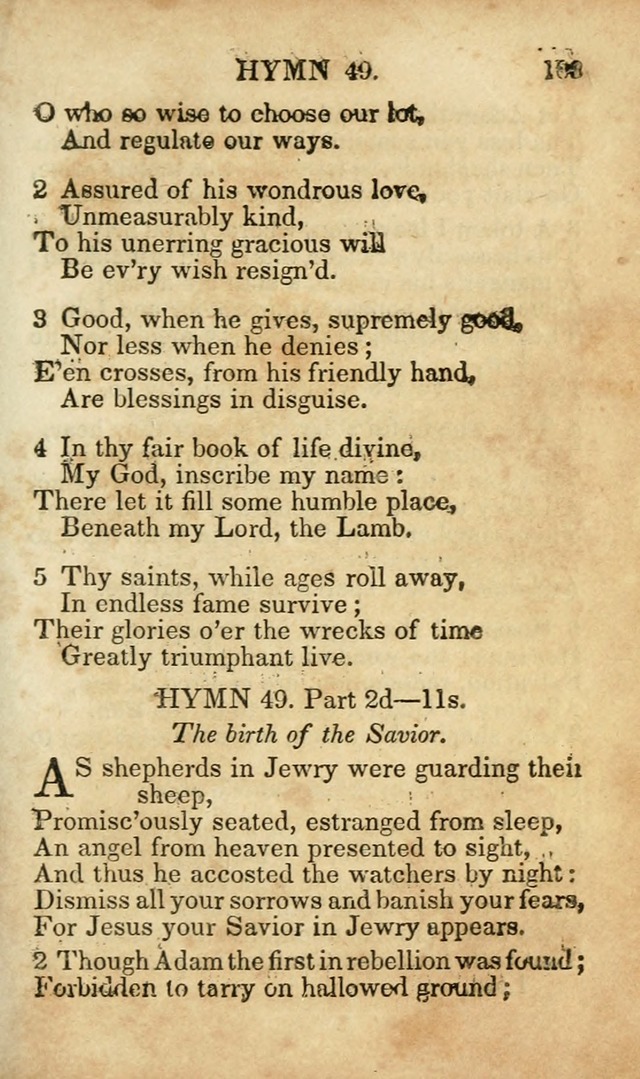