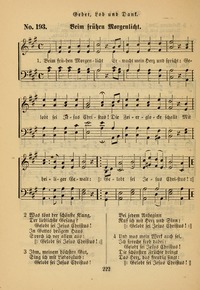 Beim frühen Morgenlicht. [Morning.] We have found this hymn in two forms, each differing somewhat from the other, and both differing from the text Caswall seems to have used for his translation. The earlier is in the Katholisches Gesang-Buchbuchlein, Würzburg, 1828 [University Library, Würzburg], edited by Canon S. Pörtner, for use in the Diocese of Würzburg; where it occurs as No. 88, at p. 183, in 14 stanza of 4 lines, and double refrain, entitled "The Christian Greeting." No author's name is given, but it is probably of Franconian origin, and does not seem older than the present century. The second is in F. W. von Ditfurth's Frankische Volkslieder, Leipzig, 1855, pt. i., p. 12, in 13 stanza of 4 lines, with double refrain, entitled "Gelobt sey Jesus Christus." Eight stanzas of the first form are in the Katholisches Gesang-Buchbuchlein, 7th edition, Aschaffenburg, 1860, and the second form is given in full in the Evang. Kinder Gesang-Buch, Basel, 1867, No. 59. The last four stanzas of the Würzburg Gesang-Buch, 1828, are here quoted for comparison. 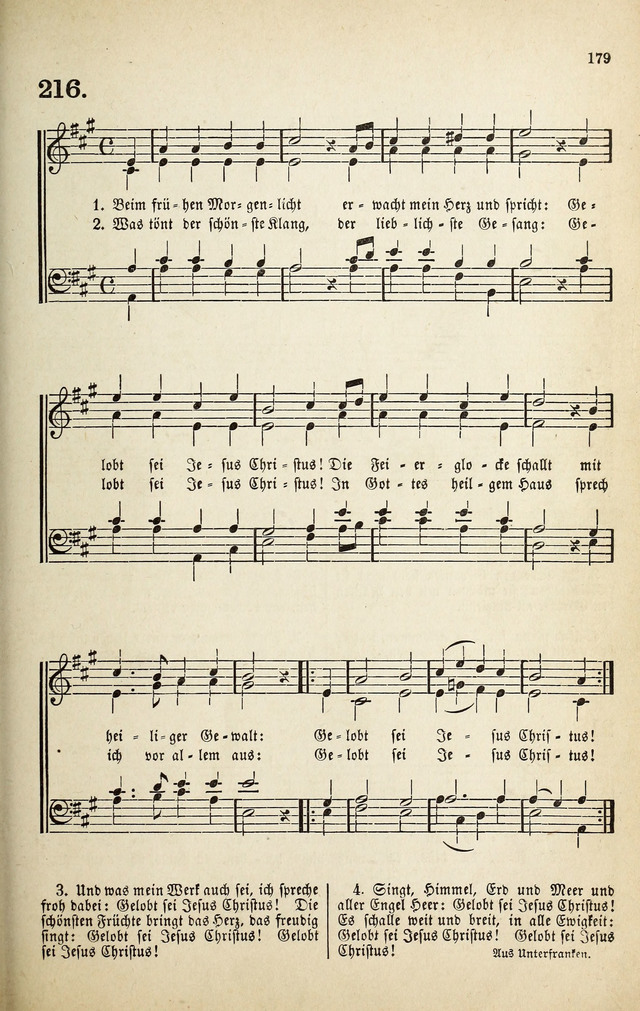