The Master and the Children 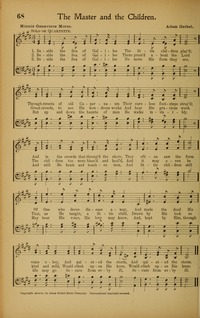 Beside the sea of Galilee the little children played

1 Beside the Sea of Galilee
The little children played;
Through streets of old Capernaum
Their careless footsteps strayed;
And in the crowds that thronged the shore,
They often saw the form
Of One who drove disease away,
And made the dead His voice obey,
And quieted the storm,
And quieted the storm.


3 Beside the Sea of Galilee
No more His form they see,
But up and down the haunts of men
He walks invisibly.
And still He heals and teaches men,
And little children still
May hear His voices, His love may know,
And, kept by Him, through life may go
Secure from every ill,
Secure from every ill.

Source: Hymns We Love, for Sunday Schools and All Devotional Meetings #68

[Beside the sea of Galilee the little children played]

All tunes published with 'The Master and the Children'^ top 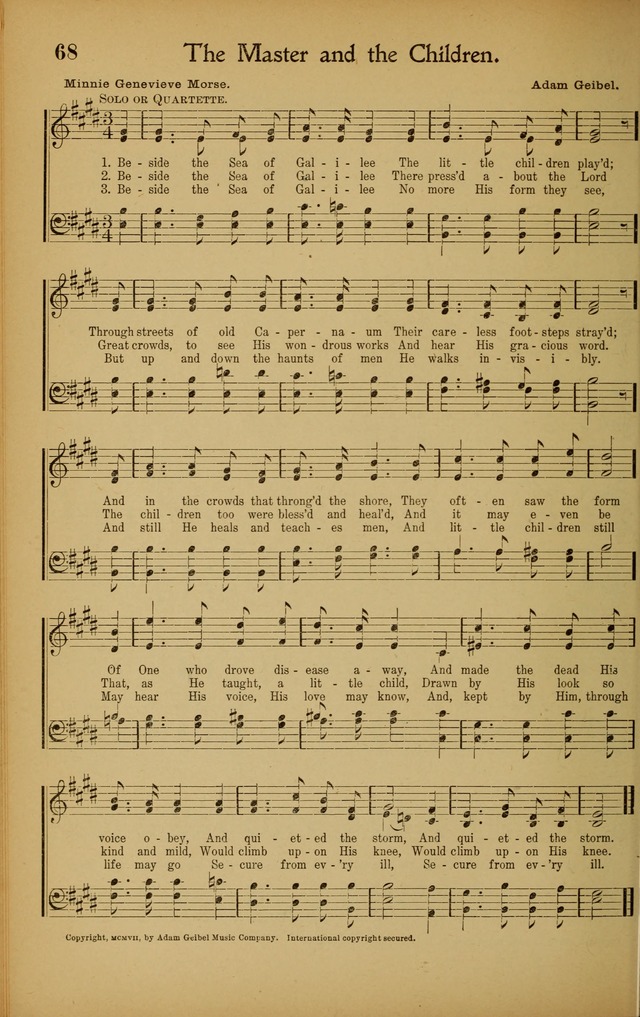 Hymns We Love, for Sunday Schools and All Devotional Meetings #68