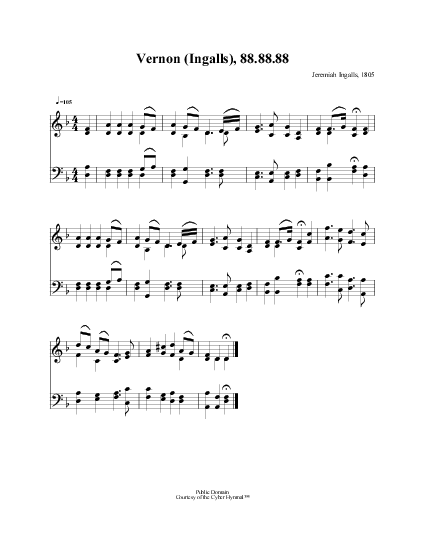 1 Blow ye the trump, in Sion blow,
That all may hear and understand,
Their time of visitation know,
Sound an alarm throughout My land;
Let all the people quake for fear,
The day, the evil day is near.


2 A day of gloominess and dread,
A day of clouds and sore affright,
As mists upon the mountains spread,
Dark as the deepest noon of night;
A day where only meteors shine,
A day of righteous wrath divine.


3 Destruction from the Lord is come,
The terrible almighty Lord,
To seal a guilty nation’s doom:
Lo! He hath bared th’avenging sword,
And sent His hostile armies forth
To plague, and waste, and shake the earth.


4 Lo! At His Word th’embattled powers
Marching in dread array appear!
A fire before their face devours,
A flame is kindled by their rear,
Plague, famine, fire and sword are joined,
And ghastly ruin stalks behind.


5 Before their face an Eden blooms,
But where the grounded staff hath passed,
Their breath the paradise consumes,
And lays the pleasant landscape waste;
No more the seat of joy and peace,
But one great dreary wilderness.


6 As horsemen harnessed for the fight,
They rush impetuous from afar,
Borne headlong with resistless might,
Loud-rattling as the rolling car,
Light o’er the mountain tops they bound,
The vales with clanging arms resound.


7 As fire on crackling stubble feeds,
And wins its desolated way,
The mighty host destruction spreads,
Wide wasting, and devours its prey,
With noise confused, and shoutings loud,
And groans, and garments rolled in blood.


8 Where'er they turn, the people fail,
Pained and astonished at the sight,
Their face o’erspread with deadly pale,
Their heart o’erwhelmed with huge affright,
Helpless to stand the invader’s force,
Or stop their all victorious course.


9 Nothing against their might shall stand,
While firmly ranked in close array
And marshaled by divine command;
Secure they urge their rapid way,
Or rise when fallen on the sword,
Unwounded champions of the Lord.


10 Swift to the slaughter and the spoil
The fierce, invulnerable powers
Shall run, shall fly; their foemen foil,
And scale the walls, and mount the towers:
The earth beneath their rage shall quake,
The battlements of Heaven shall shake.


11 The sun no more shall rule the day,
But set eclipsed in sudden night;
The moon shall lose her paler ray,
The stars withdraw their glimmering light;
The higher powers shall disappear,
When God, the glorious King, is near.


12 Before His dreadful camp the Lord
Shall utter His majestic voice;
For He is strong, and keeps His Word,
And all His vengeful power employs
Against the world in that great day,
When Heav’n and earth shall flee away.

All tunes published with 'Blow Ye The Trump, In Sion Blow'^ top