Children of God, Born Again of His Spirit 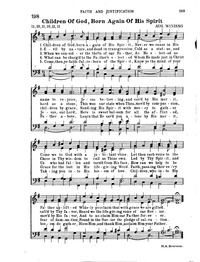 Children of God born again of his spirit

1 Children of God, born again of His Spirit,
Never we cease in His name to rejoice,
Jesus believing, and saved by His merit,
Come we to God with a jubilant voice.
Let then each voice to the Father uplifted
Widely proclaim that with grace we are gifted.


2 Evil by nature, and dead in transgression,
Cold as a statue, and hard as a stone,
This was our state when He, moved by compassion,
Chose in His wisdom to call us His own.
Led by His Spirit and called by His favor,
Heard we the life-giving voice of our Savior.


3 When we consider the tho'ts of our Father,
As He elected us children by grace,
Sending His Spirit with mercy to gather
Us who had fallen and turned from His face,
How can we help but be moved by His favor,
And thus acclaim Him our Father forever?


4 What can be charged to the Father's elected
Whom He made just in Christ Jesus, our Lord?
Here is sweet balsam for all the afflicted,
Grace for the lost in His life-giving Word.
Faith, breaking thro' ev'ry fear of damnation,
Finds in the Savior the pledge of salvation.

Paul Christian Paulsen was born on March 26, 1881, in Alstrup, Jutland, Denmark. He emigrated to America in 1904, was ordained in 1911, and served as a Lutheran pastor in Minnesota, Wisconsin, Illinois, California, and Alberta, Canada. He died on July 26, 1948. NN, Hymnary Go to person page >
^ top

All tunes published with 'Children of God, Born Again of His Spirit'^ top 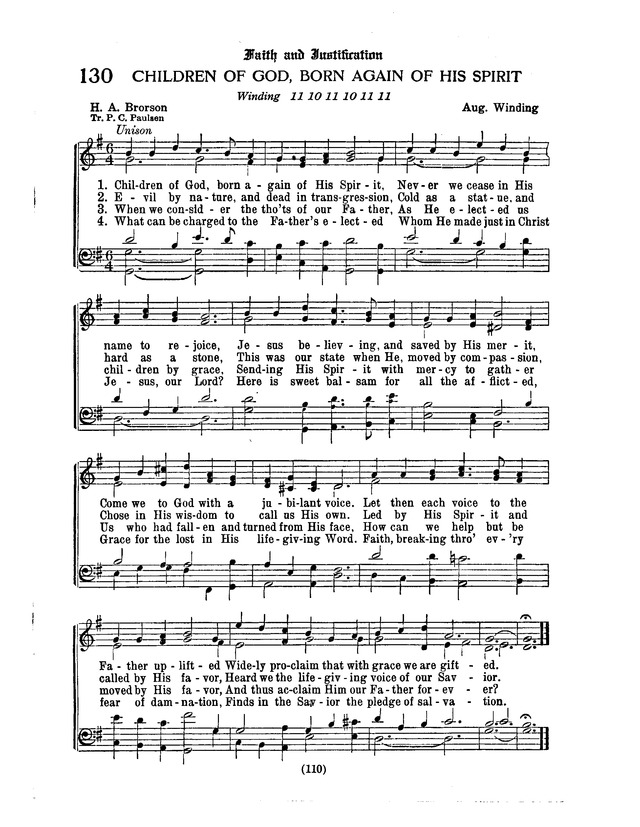 Hymnal for Church and Home #198