Deliver Me from Evil

Deliver me from evil

1 Deliver me from evil;
Preserve me, Lord, from wrong.
Against the foes that gather,
Be Thou my helper strong.
From those who plot to hurt me
And spread their treach'rous snare
Preserve me, Lord, and keep me
Safeguarded in Thy care.


2 O Lord I have confessed Thee
To be my God alone'
O hear my supplication
And be Thy mercy shown;
O God the Lord, my Saviour,
My shield amid the strife,
Let not the wicked triumph
Who plot against my life.


3 Let evil smite the evil
And cause their overthrow,
The needy and afflicted
The Lord will help, I know;
Thy saints, redeemed from evil,
Their thanks to Thee shall give;
The righteous and the upright
Shall in Thy presence live.

Source: The Psalter: with responsive readings #385

A prayer for deliverance from the plots and slander of unscrupulous enemies.

This prayer for deliverance recalls Psalms 58 and 64. As in those psalms, the enemies' chief weapon is the tongue, which cannot be countered with sword and shield. Only God can protect from the deadly mischief the tongue can cause. The psalmist prays for protection from those who plot against him (st. 1), asking God to foil their plans (st. 2). But the God to whom the psalmist prays is no mere bodyguard on call. He is the heavenly Ruler and Judge, who "secures justice for the poor and upholds the cause of the needy" (v. 12) and punishes wrongdoers. The psalmist asks God to sentence the plotters with the same measures they would have inflicted upon him; he declares that such justice will bring God praise among the righteous (st. 3). The versification of Psalm 140 is a 1985 revision by Bert Witvoet (PHH 4) of the text in the 1912 Psalter.

Liturgical Use:
Useful in the Christian's battle against sin and evil in public life as well as in private.

MUNICH has a colorful history. Traces of it run as far back as 1593 in the Dresden, Germany, Gesangbuch in conjunction with the text 'Wir Christenleut." A version from a Meiningen Gesangbuch (1693) is still used in Lutheranism for "O Gott, du frommer Gott." Felix Mendelssohn's adaptation of that tun…

All tunes published with 'Deliver Me from Evil'^ top 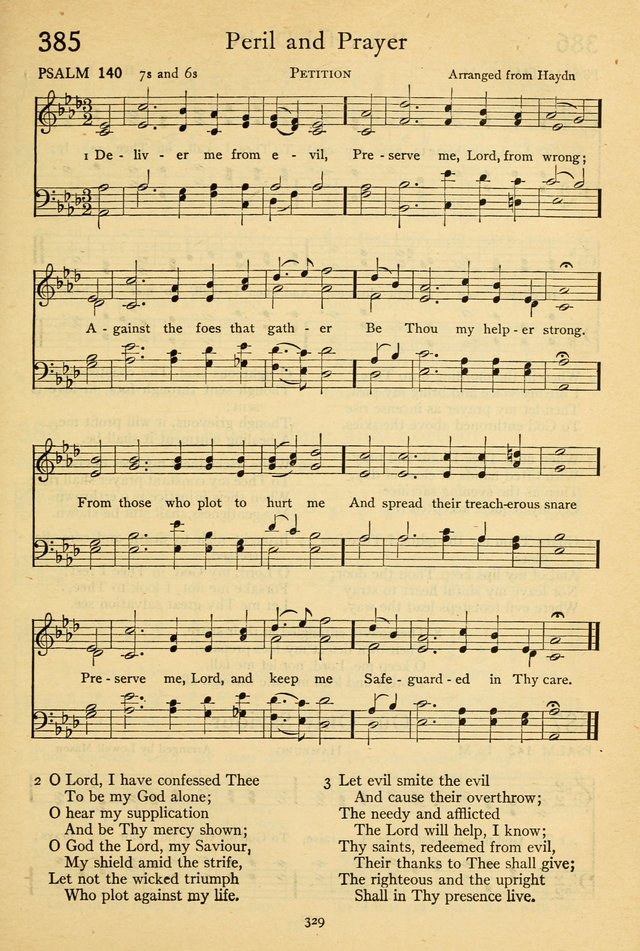 Psalms for All Seasons #140A