I Rejoice in the Lord

Every hour of day, on the homeward way

Author: James Rowe
Tune: [Every hour of day, on the homeward way]
Published in 2 hymnals 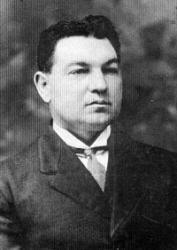 [Every hour of day, on the homeward way]

All tunes published with 'I Rejoice in the Lord'^ top