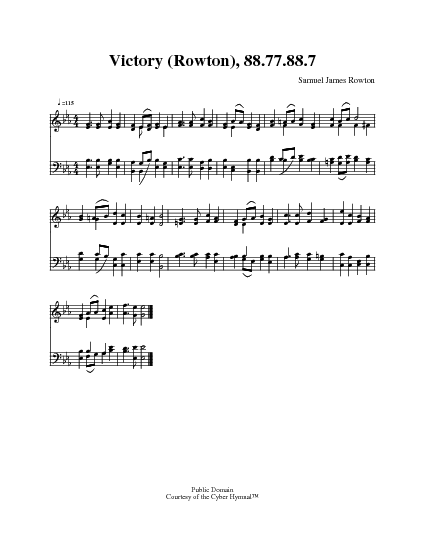 1. Far be sorrow, tears and sighing!
Waves are calming, storms are dying,
Moses hath o’erpassed the sea,
Israel’s captive hosts are free;
Life by death slew death and saved us,
In His blood the Lamb hath saved us,
Clothing us with victory.


2. Jesus Christ from death has risen,
Lo! His Godhead bursts the prison,
While His Manhood passes free,
Vanquishing our misery.
Rise we free from condemnation;
Through our God’s humiliation,
Ours is now the victory.


3. Vain the foe’s despair and madness!
See the dayspring of our gladness!
Slaves no more of Satan we;
Children, by the Son set free;
Rise, for life with death has striven,
All the snares of hell are riven,
Rise and claim the victory.

Cedant justi signa luctus. [Easter.] The date and authorship of this Sequence are unknown. Dr. Neale (Mediaevel Hymns, 1st edition, 1851) regarded it of French origin, and certainly not earlier than the 13th century, as evidenced by its subjective character, and the occurrence of one or two terms which were scarcely known to mediaeval writers. Daniel gives it in vol. ii. pp. 362-3, and Dr. Neale in Hymni Ecclesiae, 1851, p. 148. It is also in the Tochter Sion, Cologne, 1741, p. 251.
[Rev. W. A. Shoults, B.D.]
Translation in common use:—
Far be sorrow, tears and sighing, by J. M. Neale, published in the 1st edition of his Mediaevel Hymns, 1851, in 6 stanzas of 7 lines with the "Alleluia," but omitted from later editions. In 1872 it was given with alterations, and in 4 stanzas in the Hymnary, No. 275. This arrangement had previously appeared in Kennedy, 1863, No. 698. Dr. Neale's opening line is, "Hence with sorrow and with sighing." It is also translated as, "Joy, O joy, ye broken hearted," by Kynaston, 1862.

[Far be sorrow, tears, and sighing]

All tunes published with 'Far be sorrow, tears, and sighing'^ top 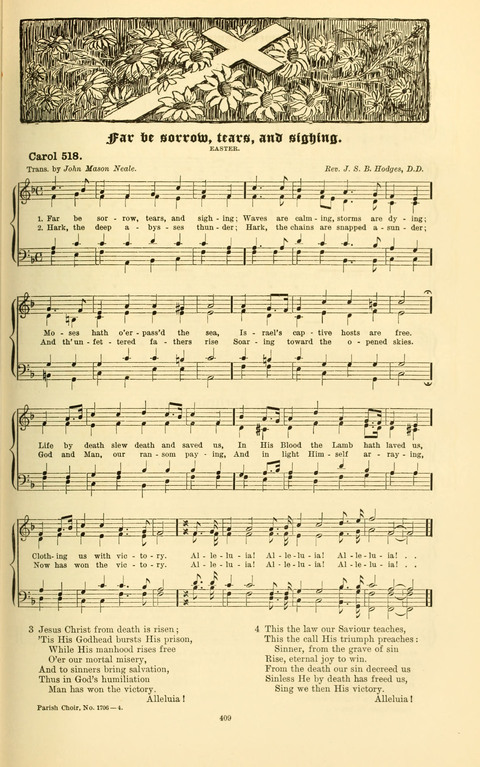 View Page
Carols Old and Carols New: for use at Christmas and other seasons of the Christian year (1916), p.415
^ top