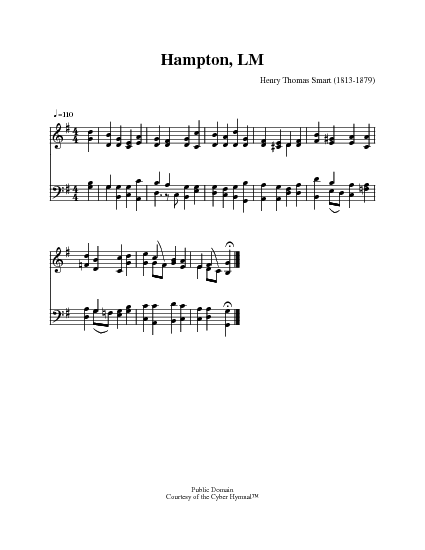 1 Far from my thoughts, vain world, begone!
Let my religious hours alone:
Fain would mine eyes my Saviour see;
I wait a visit, Lord, from thee.


2 My heart grows warm with holy fire,
And kindles with a pure desire;
Come, my dear Jesus! from above,
And feed my soul with heavenly love.


3 Blest Saviour, what delicious fare!
How sweet thine entertainments are?
Never did angels taste, above,
Redeeming grace and dying love.

Source: The Seventh-Day Adventist Hymn and Tune Book: for use in divine worship #472

Far from my thoughts, vain world, begone. I. Watts. [Holy Communion.] This hymn was given in his Hymns & Sacred Songs, 1707: and again in 1709 (Book ii., Nos. 15,16), in two parts, each part consisting of 6 stanzas of 4 lines, and the second beginning, "Lord, what a heav'n of saving grace." Pt. i. was given with alterations and the omission of stanzas iii., iv. in G. Whitefield's Collection, 1753, No. 2, thereby rendering it a most suitable hymn for the opening of Divine Service. This use of the hymn is still followed, especially in America, as in Dr. Hatfield's Church Hymn Book, 1872, &c. In the American Church Pastorals, Boston, 1864, No. 710, stanzas v., vi. are given as "Blest Jesus! what delicious fare!" Pt. ii. is also somewhat extensively used in Great Britain and America.

All tunes published with 'In the Sanctuary'^ top 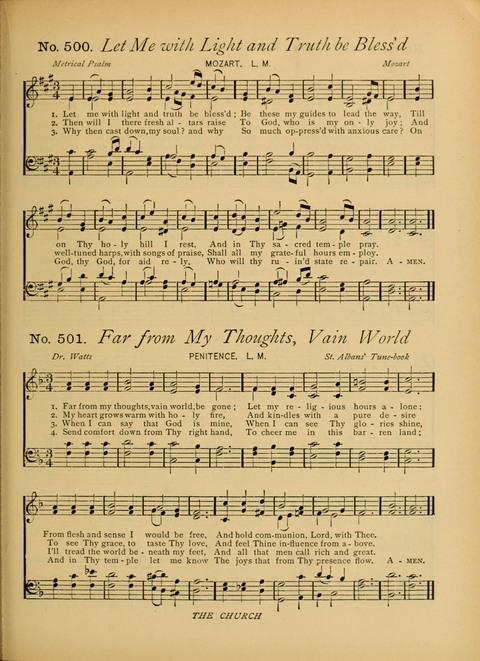 View Page
The Friends' Hymnal, a Collection of Hymns and Tunes for the Public Worship of the Society (1908), p.359
^ top