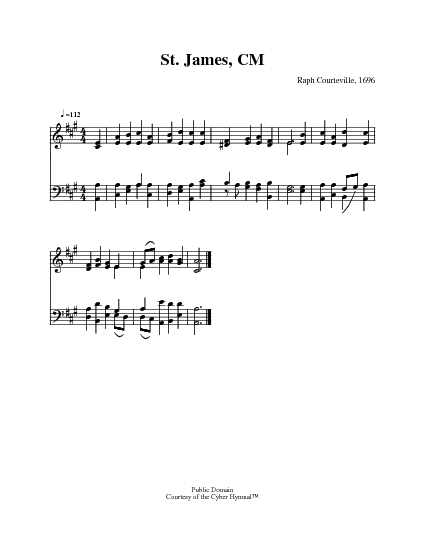 Fountain of mercy, God of love

1 Fountain of mercy, God of love,
how rich Your bounties are!
The rolling seasons, as they move
proclaim Your constant care.


2 When in the bosom of the earth
the sower hid the grain,
Your goodness marked its secret birth,
and sent the early rain.


3 You gave the influence of spring;
the plants in beauty grew;
the summer came it sun to bring,
and mild refreshing dew.


4 These various mercies from above
matured the swelling grain;
a yellow harvest crowns Your love,
and plenty fills the plain.


5 Seed-time and harvest, Lord, alone
Your love on us bestows;
let us not then forget to own
from whom such blessing flows.


6 Fountain of love, our praise we bring;
to You our songs we'll raise;
and all created nature sing
in glad exultant praise.

Flowerdew, Alice, was born in 1759, and married to Mr. Daniel Flowerdew, who for a few years held a Government appointment in Jamaica, and died in 1801. After his decease Mrs. Flowerdew kept a Ladies' Boarding-school at Islington. During her residence at Islington she was a member of the General Baptist congregation, in Worship Street (now at Bethnal Green Road). Subsequently she removed to Bury St. Edmunds, and some years later to Ipswich, where she died Sept. 23, 1830. In 1803 she published a small volume of Poems on Moral and Religious Subjects. This work reached a 3rd edition in 1811, and in that edition appeared her well-known harvest hymn, "Fountain of mercy, God of love," q.v. Mrs. Flowerdew's maiden name has not been ascertained… Go to person page >
^ top

Fountain of mercy, God of love. Alice Flowerdew. [Harvest.] Frst published in her Poems on Moral and Religious Subjects, 3rd edition, 1811, in 6 stanzas of 4 lines, and entitled, “Harvest Hymn." It has been contended by some that it is taken from John Needham's hymn, No. lvi., in his Hymns Devotional and Moral, &c, 1763, which opens:—

"To praise the ever bounteous Lord,
My soul, wake all thy powers:
He calls, and at His voice come forth
The smiling harvest hours."

Needham's hymn, however, is very inferior in design and composition, and has nothing in common with this, by Mrs. Flowerdew, save the subject of Harvest. Mrs. Flowerdew's hymn was brought into congregational use by Cotterill in his Selection, 1819, where it was given in 5 stanzas, the last being by himself or Montgomery. The latter repeated it in his Christian Psalmist, 1825. In the Anglican Hymn Book, 1868, it is given as "O Fount of mercy, God of love." Its use in its original and other forms is extensive in most English-speaking countries. Original text in Hymnal Companion, No. 50.
An altered version of this hymn is very popular. It was given in Murray's Hymnal, 1852, as:—

"Father of mercies, God of love,
Whose gifts all creatures share;"

and later in numerous collections in Great Britain and America, including Hymns Ancient & Modern, 1861 (where a doxology is substituted for the last stanza), and others. Another form of this hymn was given anonymously in Longfellow and Johnson's American Unitarian Book of Hymns,
1846; their Hymns of the Spirit, 1864; and in Mrs. E. Courtauld's Psalms, Hymns & Anthems, Lond., 1860. It begins, "Fountain of life, and God of love."

Methodist Tune Book: a collection of tunes adapted to the Methodist Hymn book #85 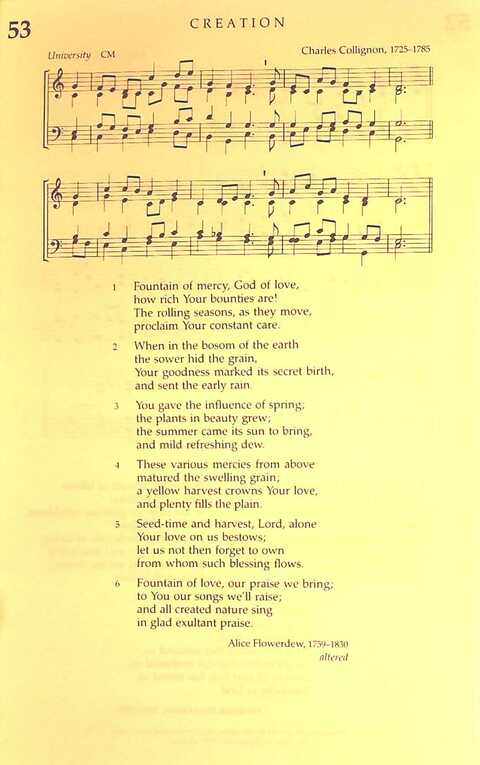