The Voices of Creation 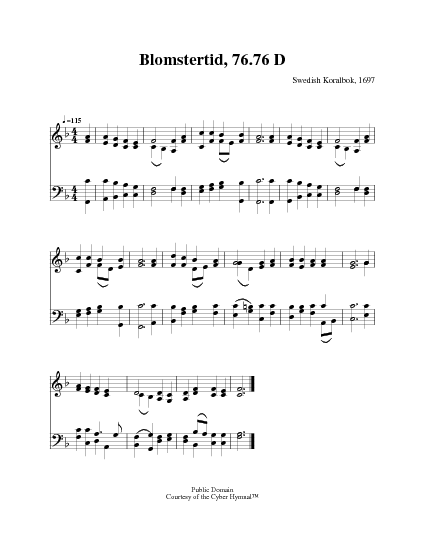 How glorious is God's greatness!

1 How marvelous God's greatness!
How glorious His might!
To this the world bears witness
in wonders day and night -
in form of flow'r and snowflake,
in morn's resplendent birth,
in afterglow at even,
in sky and sea and earth.


2 Each tiny flow'ret whispers
the great Llife-giver's Name;
the mighty mountain masses
His majesty proclaim;
the hollow vales are hymning
God's shelter for His own;
the snowcapped peaks are pointing
to God's almighty throne.


3 The ocean's vast abysses
in one grand psalm record
the deep mysterious counsels
and mercies of the Lord;
the icy waves of winter
are thund'ring on the strand;
and grief's chill stream is guided
by God's all gracious hand.


4 The starry hosts are singing
thro' all the light strewn sky
of God's eternal temple
and palace courts on high;
when in these outer chambers
such glory gilds the night,
O, what transcendent brightness
is God's eternal light!

Source: Hymns to the Living God #34

All tunes published with 'The Voices of Creation'^ top 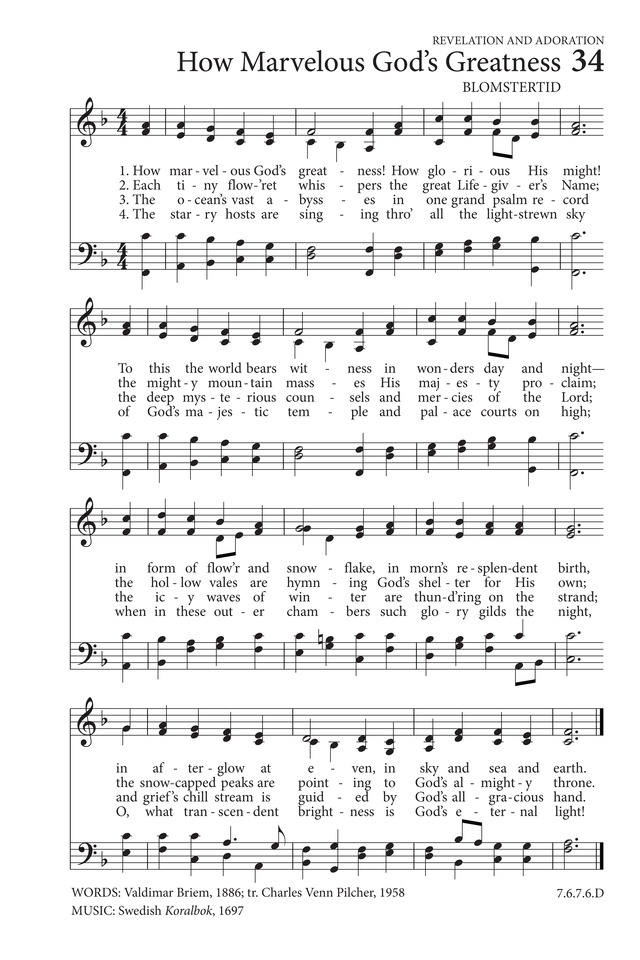 Hymns to the Living God #34