A Song of Heaven 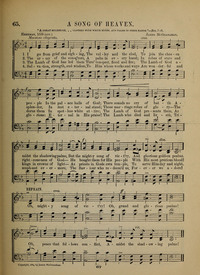 I go from grief and sighing

I go from grief and sighing, the valley and the clod,
To join the chosen people in the palaces of God—
There sounds no cry of battle amidst the shadowing palms,
But the mighty song of victory, and glorious golden psalms.


The army of the conquerors, a palm in every hand,
In robes of state and splendour, in rest eternal stand;
Those marriage robes of glory, the righteousness of God—
He bought them for His people with His most precious Blood.


Salvation, strength, and wisdom to Him whose works and ways
Are wonderful and glorious—eternal is His praise:
The Lamb Who died and liveth, alive for evermore,
The Saviour Who redeemed us, for ever we adore.


Source: Hymns of Ter Steegen and Others (Second Series) #82

Johann Heermann's (b. Raudten, Silesia, Austria, 1585; d. Lissa, Posen [now Poland], 1647) own suffering and family tragedy led him to meditate on Christ's undeserved suffering. The only surviving child of a poor furrier and his wife, Heermann fulfilled his mother's vow at his birth that, if he lived, he would become a pastor. Initially a teacher, Heermann became a minister in the Lutheran Church in Koben in 1611 but had to stop preaching in 1634 due to a severe throat infection. He retired in 1638. Much of his ministry took place during the Thirty Years' War. At times he had to flee for his life and on several occasions lost all his possessions. Although Heermann wrote many of his hymns and poems during these devastating times, his persona… Go to person page >

Bevan, Emma Frances, née Shuttleworth, daughter of the Rev. Philip Nicholas Shuttleworth, Warden of New Coll., Oxford, afterwards Bishop of Chichester, was born at Oxford, Sept. 25, 1827, and was married to Mr. R. C. L. Bevan, of the Lombard Street banking firm, in 1856. Mrs. Bevan published in 1858 a series of translations from the German as Songs of Eternal Life (Lond., Hamilton, Adams, & Co.), in a volume which, from its unusual size and comparative costliness, has received less attention than it deserves, for the trs. are decidedly above the average in merit. A number have come into common use, but almost always without her name, the best known being those noted under “O Gott, O Geist, O Licht dea Lebens," and "Jedes Herz will etwas… Go to person page >
^ top

[I go from grief and sighing]

All tunes published with 'A Song of Heaven'^ top 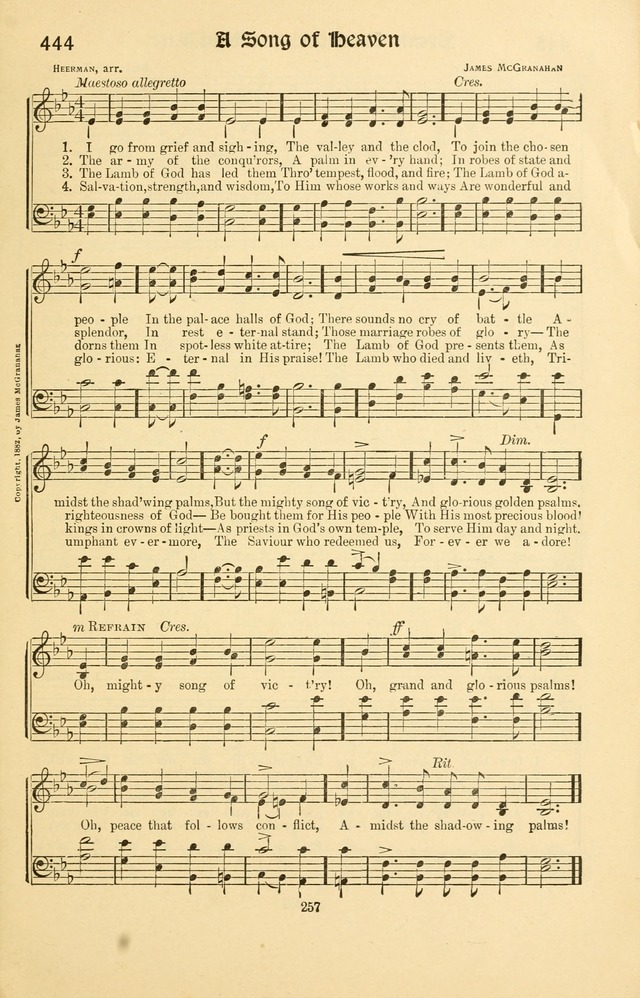 Hymns of Ter Steegen and Others (Second Series) #82

Display Title: The Victory of the Lamb First Line: I go from grief and sighing, the valley and the clod Author: J. Heerman, d. 1647 Date: 1899
Hymns of Ter Steegen and Others (Second Series) #82