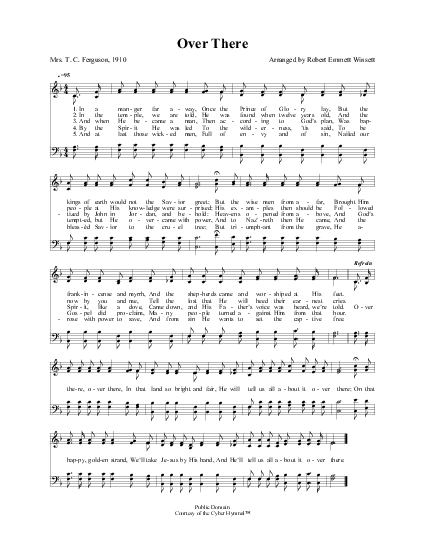 In a manger far away, Once the Prince of Glory lay

Author: Mrs. T. C. Ferguson
Tune: [In the Bible we are told] (Winsett)
Published in 7 hymnals

1 In a manger far away,
Once the Prince of Glory lay,
But the kings of earth would not the Savior greet;
But the wise men from afar,
Brought Him frankincense and myrrh,
And the shepherds came and worshiped at His feet.


2 In the temple, we are told,
He was found when twelve years old,
And the people at His knowledge were surprised;
His examples then should be
Followed now by you and me,
Tell the lost that He will heed their earnest cries. [Refrain]


3 And when He became a man,
Then according to God’s plan,
Was baptized by John in Jordan, and behold:
Heavens opened from above,
And God’s Spirit, like a dove,
Came down, and His Father’s voice was heard, we’re told. [Refrain]


4 By the Spirit He was led
To the wilderness, ’tis said,
To be tempted, but He overcame with power,
And to Naz’reth then He came,
And the Gospel did proclaim,
Many people turned against Him from that hour. [Refrain]


5 And at last those wicked men,
Full of envy and of sin,
Nailed our blessèd Savior to the cruel tree;
But triumphant from the grave,
He arose with power to save,
And from sin He wants to set the captive free. [Refrain]

[In the Bible we are told] (Winsett)

All tunes published with 'Over There '^ top 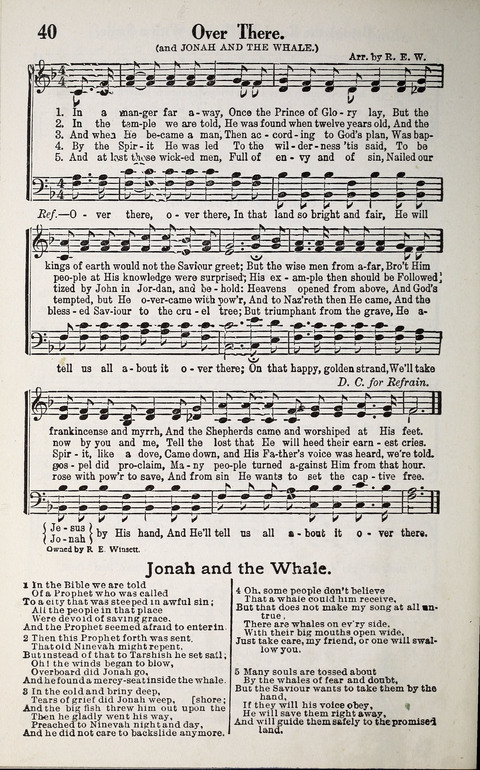