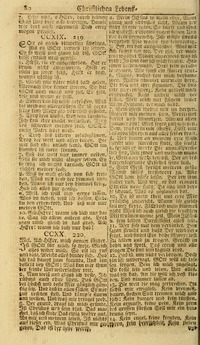 Paul Gerhardt (b. GraEenhainichen, Saxony, Germany, 1607; d. Lubben, Germany, 1676), famous author of Lutheran evangelical hymns, studied theology and hymnody at the University of Wittenberg and then was a tutor in Berlin, where he became friends with Johann Crüger. He served the Lutheran parish of Mittenwalde near Berlin (1651-1657) and the great St. Nicholas' Church in Berlin (1657-1666). Friederich William, the Calvinist elector, had issued an edict that forbade the various Protestant groups to fight each other. Although Gerhardt did not want strife between the churches, he refused to comply with the edict because he thought it opposed the Lutheran "Formula of Concord," which con­demned some Calvinist doctrines. Consequently, he was re… Go to person page >
^ top

Suggested tune: ST. THEODULPH (VALET WILL ICH DIR GEBEN);
Ist Gott für mich, so trete. P. Gerhardt. [Trust in God.] Included in the Frankfurt edition, 1656, of Crüger's Praxis pietatu melica, as No. 380, in 15 stanza of 8 lines, reprinted in Wackernagel's edition of his Geistliche Lieder, No. 63, and Bachmann's edition, No. 79, and included as No. 418 in the Unverfälschter Liedersegen, 1851. It is a magnificent hymn of Christian confidence, founded on Romans viii. It was probably suggested by the troublous experiences of his life, but the idea that stanza xiii. refers to his conflict with the Elector is disproved by the fact that the hymn was published in 1656, while the contest did not begin till 1662. Lauxmann, in Koch, viii. 408, quotes Langbecker as saying, “This heroic hymn of Gerhardt's is worthy to be placed side by side with Luther's ‘Ein feste Burg’"; and himself says of it:—

The hymn bears the watchword of the Lutheran Church as Paul gives it, ‘If God be for us, who can be against us?' One thinks of Philip Melanchthon's last words as he, worn out with the manifold conflicts after Luther's death and with many bitter and grievous trials, lay a-dying on April 19, 1560, he once more raised himself in bed and cried ‘If God be for us, who can be against us ?' When one asked him if he wished anything, he replied, 'Nothing, save Heaven!' and gave up his spirit. In the same spirit it has been entitled ‘A Christian hymn of Consolation and of Joy,' and has spoken to the hearts of many troubled ones and strengthened them with new courage for the fight of Faith."

The 15th stanza, "Mein Herze geht in Sprüngen," has been a special favourite in Germany, and Lauxmann, in Koch, relates of it in regard to a well-known German theologian:—

While still young, Professor Auberlen of Basel departed from this life in 1864. This highly gifted and highly cultured witness for the Faith was by an early death compelled to give up his greatly blessed labours, many projects, and a happy family life. On the 2nd of May, a few hours before his death, a friend said to him, “Christ's disciples follow in His pathway, first Death and the Grave, then Resurrection and Ascension." To this he replied, "Of the fear of death, thank God, I know nothing, and can say with Paulus Gerhardt:

In the same night (his last upon earth) he repeated stanza xv. of this hymn. Soon after, his light, as a taper, quietly went out. 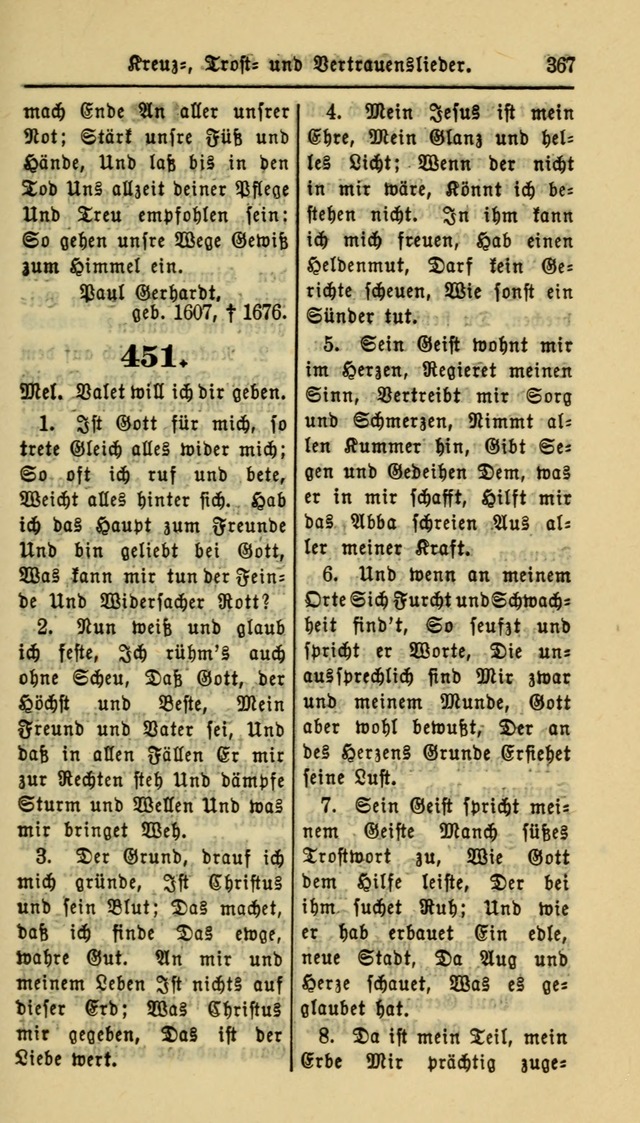