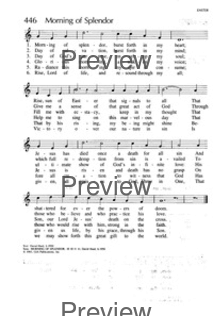 Morning of splendor, burst forth in my heart

David Hurd (b. Brooklyn, New York, 1950) was a boy soprano at St. Gabriel's Church in Hollis, Long Island, New York. Educated at Oberlin College and the University of North Carolina, he has been professor of church music and organist at General Theological Seminary in New York since 1976. In 1985 he also became director of music for All Saints Episcopal Church, New York. Hurd is an outstanding recitalist and improvisor and a composer of organ, choral, and instrumental music. In 1987 David Hurd was awarded the degree of Doctor of Music, honoris causa, by the Berkeley Divinity School at Yale. The following year he received honorary doctorates from the Church Divinity School of the Pacific, Berkeley, California, and from Seabury-Western Theolo… Go to person page >
^ top

All tunes published with 'Morning of Splendor'^ top 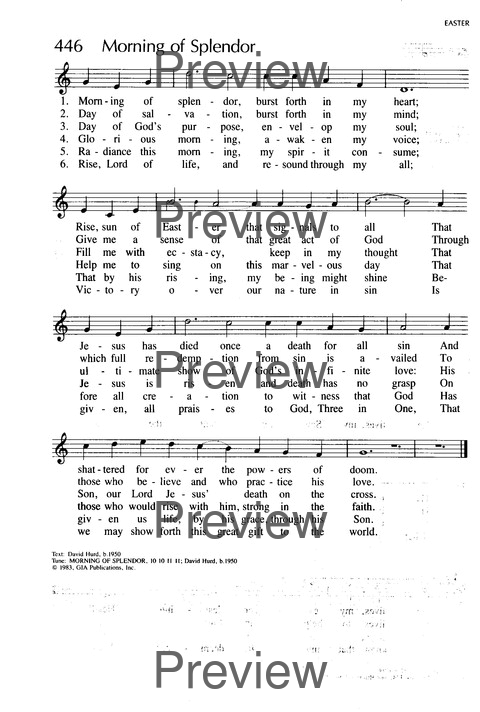