My People, Give Ear 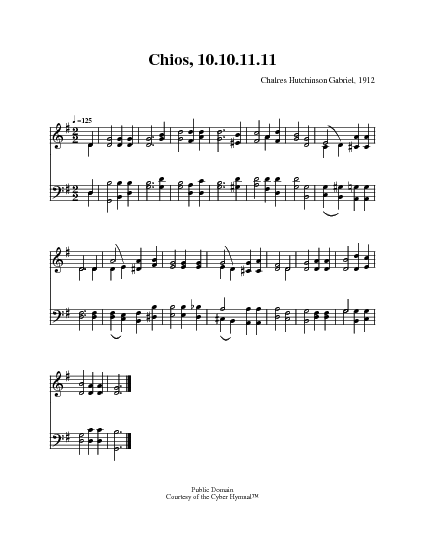 My people, give ear, attend to my word

1 My people, give ear, attend to my word,
In parables new deep truths shall be heard;
The wonderful story our fathers made known
To children succeeding by us must be shown.


2 Instructing our sons we gladly record
The praises, the works, the might of the Lord,
For He hath commanded that what He hath done
Be passed in tradition from father to son.


4 The story be told, to warn and restrain,
Of hearts that were hard, rebellions, and vain,
Of soldiers who faltered when battle was near,
Who kept not God's covenant nor walked in His fear.


5 God's wonderful works to them He had shown,
His marvelous deeds their fathers had known;
He made for their pathway the waters divide,
His glorious pillar of cloud was their guide.


6 He gave them to drink, relieving their thirst,
And forth from the rock caused water to burst;
Yet faithless they tempted their God, and they said,
Can He Who gave water supply us with bread?


7 Jehovah was wroth because they forgot
To hope in their God, and trusted Him not;
Yet gracious, He opened the doors of the sky
And rained down the manna in richest supply.


8 With bread from on high their need He supplied,
And more did He do when thankless they sighed;
The strong winds commanding from south and from east,
He sent them abundance of quail for their feast.


9 Though well they were filled, their folly they chose,
Till God in His wrath o'erwhelmed them with woes;
He slew of their strongest and smote their young men,
But still unbelieving they sinned even then.


10 Because of their sin He smote with His rod,
And then they returned and sought for their God;
Their Rock and Redeemer was God the Most High,
Yet false were their praises, their promise a lie.


11 Not right with their God in heart and in will,
They faithlessly broke His covenant still;
But He, in compassion, reluctant to slay,
Forgave them and oft turned His anger away.


12 His pity was great, though often they sinned,
For they were but flesh, a swift passing wind;
Yet thought His compassion and grace they behold,
They tempted and grieved Him and often rebelled.


13 They limited God, the Most Holy One,
And hindered the work His grace had begun;
The hand that was mighty to save they forgot,
The day of redemption remembering not.


14 Ungrateful and blind, no longer they thought
Of wonders and signs and mighty deeds wrought,
Of how all the rivers of Egypt ran red,
And plagues in God's anger were heaped on their head.


15 They thought not of how, their freedom to gain,
In Egypt's abodes the first-born were slain,
And how all God's people were led forth like sheep,
The flock He delighted in safety to keep.


The Psalter: with responsive readings, 1912

LYONS, named for the French city Lyons, appeared with a reference to “Haydn” in volume 2 of William Gardiner’s (PHH 111) Sacred Melodies. However, the tune was never found in the works of Franz Joseph Haydn or those of his younger brother Johann Michael Haydn. Recent research revealed that the…

All tunes published with 'My People, Give Ear'^ top 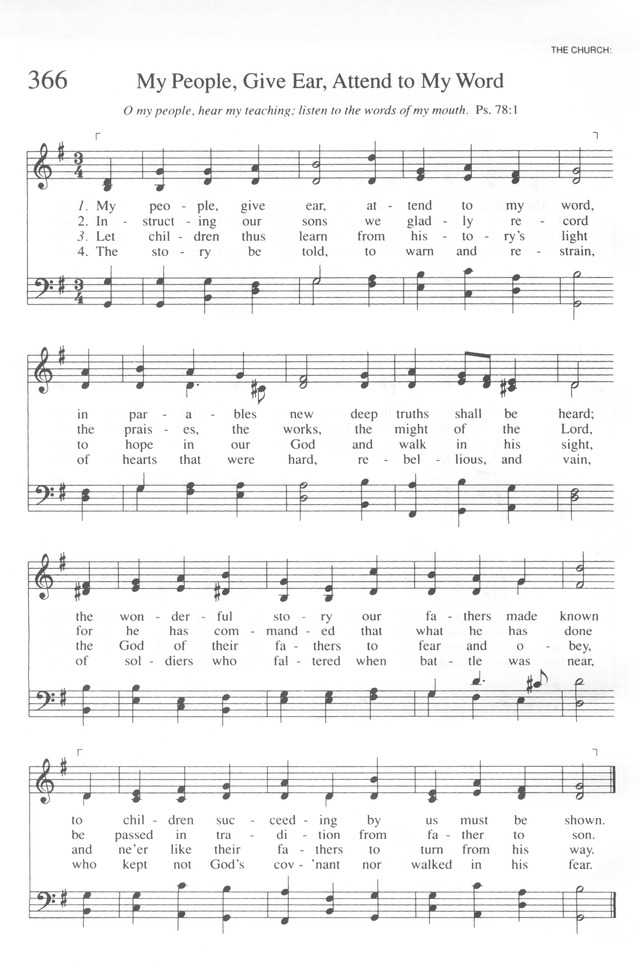 Display Title: My People, Give Ear First Line: My people, give ear, attend to My Word Tune Title: CHIOS Author: Anonymous Meter: 10.10.11.11 Source: From The Psalter (Pittsburgh, Pennsylvania: The United Presbyterian Board of Publication, 1912), number 213
The Cyber Hymnal #4443