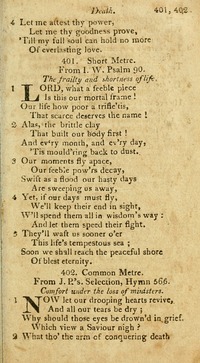 Now let our mourning hearts revive. P. Doddridge. [Death of a Minister.] Written on the death of a Minister, at Kettering, August 22, 1736, and headed, "Comfort in God under the Removal of Ministers; or, other Useful Persons by Death, Joshua, i. 2, 4, 5" (D. MSS.) It was given in Job Orton's posthumous edition of Doddridge's Hymns, &c, 1755, No. 17, in 6 stanzas of 4 lines, with the heading changed to, "Support in the gracious presence of God under the Loss of Ministers, and other useful Friends"; and repeated in J. D. Humphreys's edition of the same, in 1839, with the same heading. It is in common use in Great Britain and America. Another form of the text, beginning with stanza ii., "What though the arm of conquering death " is also in several collections. 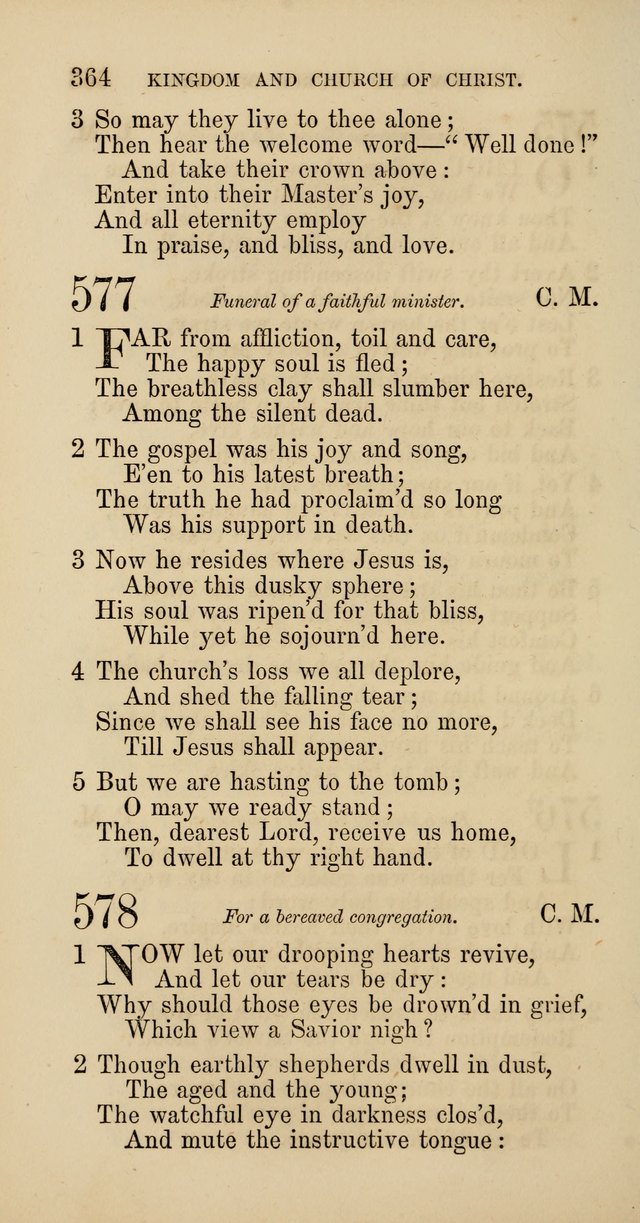 A Collection of Psalms and Hymns for the use of Universalist Societies and Families (13th ed.) #562

A Collection of Psalms and Hymns #395

Select Hymns from Other Authors, Selected Harmony Together with Directions for Musical Expression. 2nd ed. #a149

The American Vocalist #93a

The Christian Psalmist; or, Watts' Psalms and Hymns #409

The Middlesex Collection of Church Music #30