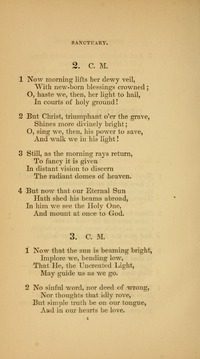 Ad templa nos rursus vocat. Charles Coffin. [Sunday Morning.] In his Hymni Sacri, p. 8, ed. Paris, 1736, under the heading Die Dominica ad Laudes Matutinas. In the revised Paris Breviary of the Abp. Charles de Vintimille, 1736, it is the hymn for Sunday at Lauds; as also in the Lyons and other modern French Breviaries. Text as above, and in Card. Newman's Hymni Eccl. 1838, p. 2. [Rev. W. A. Shoults, B. D.]
Translations in common use:—
2. Now morning lifts her dewy veil, is by J. Chandler, who, in his Preface to his Hymns of the Primitive Church, 1837, in which it appeared, thus alludes thereto:—

"I have ventured to take the greatest part of the 2nd hymn from the translation in the 'British Magazine,' which, notwithstanding the alterations I have made in it, still shines forth as the work of an evidently superior hand." p. ix. 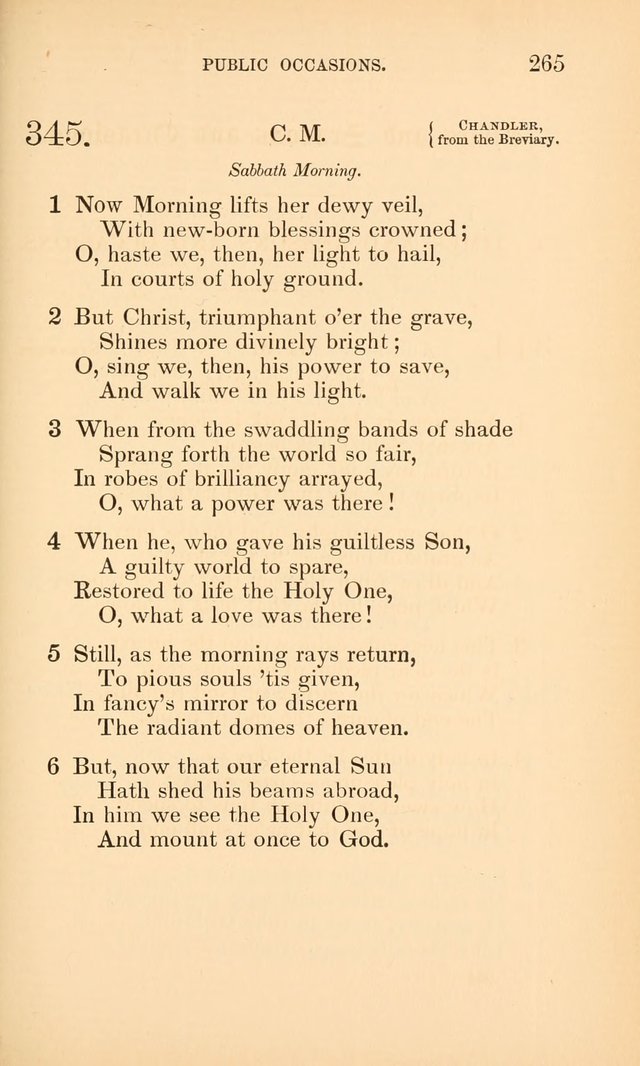 A Church of England Hymn Book #7

Hymns for the Christian Church, for the Use of the First Church of Christ in Boston #345

Hymns for the Church of Christ (3rd thousand) #2

Hymns for the Church of Christ. (6th thousand) #2